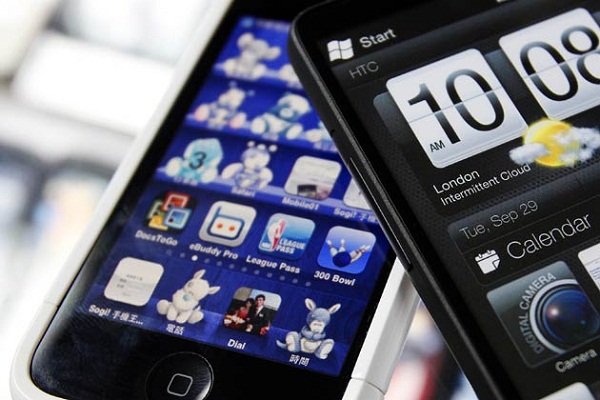 A global patent settlement was disclosed by HTC Corp. and the Apple Inc. on the 10th of November along with a  licensing contract thereby putting an end to one of the main battles in the history of wars for the smartphone patents.

Apple Inc., the California-based company, sued the Taiwanese handset company, HTC Corp, two years ago for infringing on its patented technology. That was the first foremost legal step taken by Apple Inc. against a producer who used the Android operating system made by Google Inc. Neither Apple Inc. nor HTC Corp. did reveal some of the detailed terms of the Apple HTC settlement. But the chief executive of Apple Inc., the iPhone maker, Tim Cook underlined that he was pleased with the Apple HTC settlement. He also added the fact that their company would now be able to focus their attention a lot more on the innovation of its products. Peter Chou, the chief executive of the Taiwanese handset company, was also very satisfied with the resolution of the conflict and would hence be able to concentrate more on their devices instead of legal actions.

Since the iPhone maker, Apple Inc., first sued the Taiwanese handset company, the patent battle for its smartphones has affected its other arch rivals including the Motorola Mobility unit of Google Inc. and the Samsung Electronics Co. Ltd. Even though Apple Inc. has recently won a verdict worth over $1 billion against Samsung Electronics Co., there have not been any crucial results of the legal action against the Motorola Mobility unit. Apple Inc., however, gained the biggest victory over HTC Corp. as iPhone maker used the legal actions in order to disturb the flow of Taiwanese handset company’s devices in the US market. In 2011, the International Trade Commission of the US ruled that HTC Corp. violated one out of  four patents that California-based had called into question. Apple Inc. had incidentally imposed a ban on a number of the phones of HTC Corp.

According to HTC Corp., it had managed a technical workaround to the patents of the iPhone maker. But the company had announced in the month of May that the shipments of their devices were still delayed by the US authorities. But it is speculated that the Apple HTC settlement will provide some space for HTC Corp. to work with and go on with their business of the handsets. HTC Corp. that was at one point of time the go-getter of the industry was struck badly by competition from Samsung Electronics Co. and Apple Inc. According to the forecast of the last month, HTC Corp. is expected to face a fall of as much as 14.5 percent in their revenue from the third quarter to the fourth. The drop is much worse than the analysts’ estimate and marks a second straight decline for a quarter this year. But now with the Apple HTC settlement, the conditions of the company are expected to stabilize and get to a better position.