Global mobile phone sales slump in 2012. Apple and Samsung still in the lead 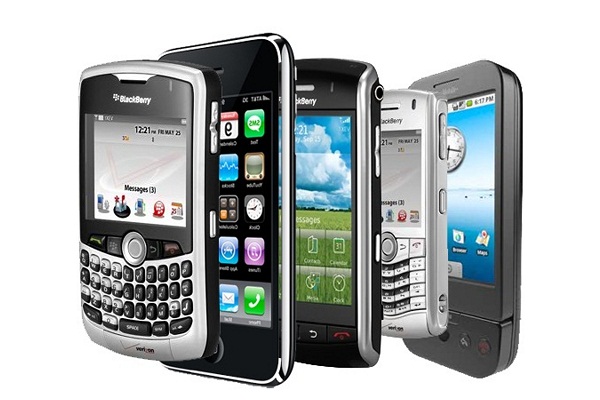 According to the newest Gartner’s report, manufacturers have seen mobile phone sales slump for the first time since 2009. Despite weak overall mobile phone sales in 2012, Apple Inc. and Samsung Electronics Co. are still the lead and no company would threaten their positions.

On the 13th of February, Gartner published its newest survey, showing that global mobile phone sales slumped in 2012 for the first time since 2009. According to the report, 2012 global mobile sales decreased approximately 1.7 percent to roughly 1.75 billion units. However, it was underlined by Gartner that the final quarter of 2012 witnessed record smartphone sales of as much as 207.7 million units.

As it has been already noted, global smartphone sales in the three last months of 2012 grew to approximately 207.7 million units, driving overall sales up. Data showed that smartphone sales increased as much as 38.3 percent, compared to the same period a year earlier. During the final free months of 2012, producers did not, however, see any improvement in demand for mobile phones. Overall mobile phone sales in the quarter ended December dropped about 19.3 percent to approximately 264.4 million units, compared to the same period in 2011.

2012 was especially difficult for legendary phone maker Nokia Corp. which saw its global mobile phone market share decrease drastically. The Finnish company witnessed a decline of about 4.7 percent on a year-on-year basis, not to mention a  slump of roughly 5.4 percent in the three last month of 2012. Nokia Corp. has been struggling and its recent moves are aimed at restructuring the company so that it could gain back its lost market share. According to data, the Finish mobile producer has 18 percent of the market and it is the lowest market share ever.

While the once leader of mobile market is still struggling, Apple Inc. and Samsung Electronics Co. are having their best days. Gartner’s research showed that Apple and Samsung were unquestionable leaders among other producers in 2012. Their dominance was indisputable as together they claimed to as much as 52 percent of the market in the final quarter of 2012, up from roughly 46.4 percent.

In addition, the findings of the Gartner’s survey suggested that Samsung Electronics Co. secured it No. 1 position in both global smartphone sales and overall mobile sales as well.  Data showed that the South Korean producer saw its fourth quarter sales grow as much as 85.3 percent to approximately 64.5 million units on a year-on-year basis.  As for the full year results, Samsung Electronics Co. recorded sales of slightly over 384.5 million mobile phones.  More than 53 percent of these phones were smartphones. In comparison, Apple Inc. sold approximately 130 million smartphones in 2012.

The findings of the Gartner’s survey also suggested that China’s company Huawei might glory in getting the third place in the global smartphone sales ranking. The company sold about 27 million smartphones in 2012. Yet analysts are strongly convinced that Huawei will not be able to overtake Apple Inc. and Samsung Electronics Co.

Gartner claims that manufacturers will see worldwide sales of smartphone dominate the overall market in 2013 as mobile phone sales will continue to decline.

Apple Q3 earnings prove the Cupertino giant remains unaffected by the Covid-19 pandemic as sales rise across all product lines.
16 hours ago