The global economy is in a new expansion cycle, and will easily return to the pre-coronavirus output earliest by the fourth quarter.

The Covid-19 coronavirus has wrought havoc with the global economy and human health. The highly contagious virus and the increasing number of infections and deaths worldwide, which forced governments to impose lockdowns resulting in loss of livelihoods and slowing of manufacturing, production, and supply, led to a domino effect on the economy which slid into recession. But according to a Morgan Stanley report, this is a temporary phenomenon, and the economy will recover sooner than expected from this trough in a sharp V turnaround. Economists at the financial agency say that the recession in 2020 will be shorter and sharper than 2008 one.

The reason being that the global economy is in a new expansion cycle, and will easily return to the pre-coronavirus output earliest by the fourth quarter.

“We have greater confidence in our call for a V-shaped recovery, given recent upside surprises in growth data and policy action,” economists led by Chetan Ahya wrote in a mid-year outlook research note on June 14. 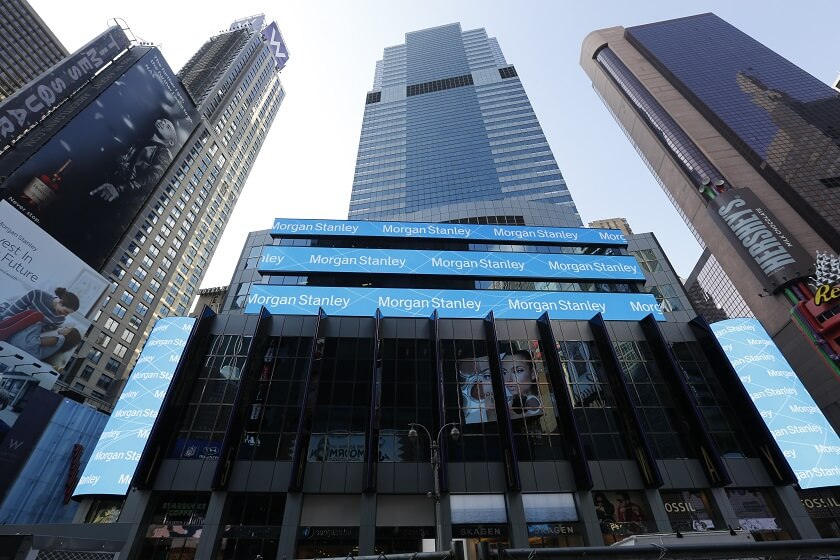 The economists note states that the economic contraction will by their estimates, be 7.5% the second quarter of this year. It was a 2.4% contraction in 2009. But the global output will return to prerecession levels in the 4th and 8th quarters, respectively, compared with 6th and 14th quarters after the recession in 2008.

Morgan Stanley noted three reasons for why the recession will be short:

The report states that all tracking indicators for a robust economy that they use show that the global economy is in the process of bottoming. Consumer spending is improving, and mobility trends too show positive traits.

James Faucette, IT Services & Payments equity analyst, found that credit card transactions indicate that both transactions and sales have picked up in the past two weeks. “China’s economy bottomed in February, and we believe the euro area has likely troughed in April, with the U.S. following suit from late April. Other regions, such as Central & Eastern Europe, the Middle East, Africa, and Latin America, should bottom out later,” the report says.

What may affect Morgan Stanley’s outlook are how sooner or later a coronavirus vaccine is found. “In our base case, we assume that the second wave of infections will occur by autumn, but that it will be manageable and result in selective lockdowns,” the economists wrote, citing a scenario where a vaccine is broadly available by summer of 2021.

“In contrast, we assume in our bear case that we re-enter into the strict lockdown measures implemented earlier this year, resulting in a double-dip,” they wrote.

Morgan Stanley’s report is in contrast to a report by the International Monetary Fund, which last week warned that the global economy is recovering more slowly than expected and there remains “profound uncertainty” around the outlook. Also, an IMF blog has pointed out that the pandemic-triggered economic crisis has further exposed the existing vulnerabilities in credit, banks and emerging markets due to the long period of interest and market volatility.

Also, many credit agencies were putting their faith in the way China quickly jumped back into economic activity and manufacturing processes after the virus slowdown. But the recent hike in Beijing’s coronavirus cases has raised fears of a resurgence of the pandemic in China, which may slow recovery in the world’s second-largest economy.

The global stimulus packages totaling around $10 trillion will further push the governments into debts, higher spending pressure, and loss of revenue.

Economists at JPMorgan Chase & Co. led by Bruce Kasman highlighted a risk that surging debt and deficits may force governments to cut down on the fiscal stimulus money. “This turn in fiscal policy, together with the limited steps expected from central banks, is an important factor underlying our forecast for an incomplete recovery through 2021,” JPMorgan economists said in a note.

Anna Domanska
Anna Domanska is an Industry Leaders Magazine author possessing wide-range of knowledge for Business News. She is an avid reader and writer of Business and CEO Magazines and a rigorous follower of Business Leaders.
« Under Armour’s UA Sportsmask aimed at athletes sells out in an hour of launch
COVID-19 Effect: Healthcare Service Provider Market to See Massive Growth »
Leave a Comment
Close