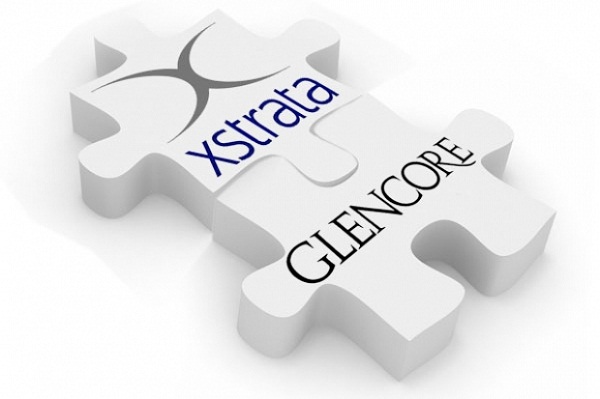 Glencore Xstrata merged finally on May 2, 2013

Glencore Xstrata Plc, one of the world’s biggest mining companies, informed that its saw copper output climb staggering 18 percent in the first quarter as its assets in Congo increased significantly the production.  Indeed, increased copper production in Africa certainly helped the company enjoy strong first-quarter performance as it seeks ways to expand.

The company, which is the world’s biggest exporter of coal for power stations, also informed that it decided to withdraw from its plans to build a new coal shipping facility in Queensland, Australia.

On the 13th of May, Glencore Xstrata Plc issued its results on the first quarter ended March. According to a statement of the mining company, copper production climbed to nearly 322,000 metric tons in the quarter, compared to approximately 273,000 metric tons it recorded a year earlier. The released figures showed that the company saw output from African operations climb staggering 44 percent in the first quarter on a year-on-year basis to around 83,600 tons.

Interestingly, it is the first production statement since Glencore and Xstrata merged finally on the 2nd of May after a 15-month-long takeover process. Glencore Xstrata Plc, which is now the worlds’ fourth largest miner, underlined that the outcomes of the marketing division were in line with the company’s projections, not giving any further details on the figures. Yet the company highlighted that within its marketing unit, “Metals and Minerals delivered solid results despite some softening in prices towards the end of the quarter,” adding that coal and oil enjoyed higher profitability in the three-month period ended March.

The first-quarter statement indicated that coal production surged only 1 percent in the given period to approximately 32.7 million tones.  According to the findings, the newly-merged company has stakes in approximately 35 coal mines located in, inter alia, Congo and Australia. As for the oil production from fully-owned assets, the company saw it surge around 2 percent to nearly 5.4 million barrels. Glencore Xstrata Plc also informed that prices for the fuel exported from Australia jumped nearly 25 percent on a year-on-year basis.

The company also informed that it witnessed a 25 percent increase in its agricultural output to around 1.64 million tons of product in the period ended March.

Plans of the merged entity

Also on the 15th of May, apart from releasing its first-quarter results, the company firmly informed that it decided to withdraw from its plans to build the Balaclava Island coal export terminal in Queensland. The reason was much down-to-earth as the company has been  facing weak market conditions.  The newly-merged entity underlined that other facilities in Queensland would provide the essential routes for coal exports, thereby making the investment in the new coal export terminal senseless.

Information on the freeze on constructing the Balaclava Island coal export terminal in Queensland does not mean that Glencore Xstrata Plc will abandon its other expansion plans, not at all. Earlier in May, the Switzerland-based company underlined that it would spend approximately $29 billion on new investments in the next three years.  However, according to plans, “expansion spending” will be significantly reduced to around $5 billion starting from 2015.

The fact is that Glencore Xstrata Plc is vitally interested in expansion in Africa, not surprisingly as the African countries are resource-rich. More important, the company is planning to complete its investments in the copper mines located in Congo by the end of 2015 amid the mounting allegations presented by the Africa Progress Panel headed by Kofi Annan.