Glencore Ups the Stakes to Rescue Deal with Xstrata 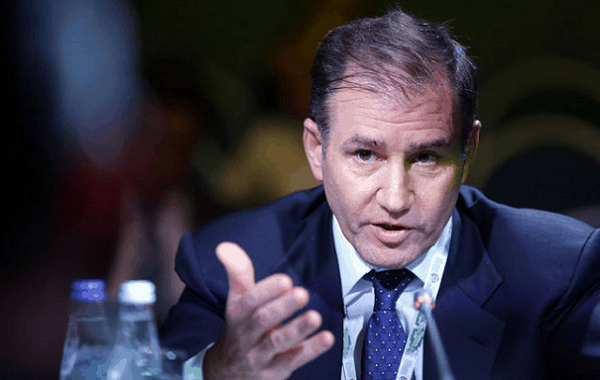 Glencore International Plc’s traders have decided to sweeten the pot at the last moment in an attempt to salvage one of the biggest deals ever in the sector with miner Xstrata Plc. Earlier, the company had to deal with months of resistance from the sovereign wealth fund of Qatar as well as other investors. But the situation remained uncertain as to whether the improved offer would turn out well in spite of early enthusiasm in the market on Friday.

The independent executives of Xstrata Plc were responsible for issuing a harsh worded statement which questioned the structure of the company. Sources associated with the whole incident revealed that Qatari support for the deal could stand in opposition to some of the major features of what is still deemed to be an indicative transaction.

Ivan Glasenberg, the Chief Executive of Glencore International Plc, seemed to have been successful in terminating some kind of an impasse present between the two largest stakeholders, who had not been in touch with each other for over two months, after conducting talks in London that ran overnight.

The meeting was of crucial importance as it was attended by Ivan Glasenberg himself and Sheikh Hamad bin Jassim al-Thani, the Prime Minister of Qatar, and the ex-Prime Minister of Britain, Tony Blair. The latter seems to have played quite an important role in making the deal possible. The end result was that the takeover, now estimated at about $36 billion, was once again back in motion.

Modifications in the New Deal

Investors associated with Xstrata Plc were supposed to bid on the earlier quoted price of $34 billion on Friday. It was widely anticipated that a rejection was in place. However, Glencore International Plc, which already happens to be the biggest shareholder of Xstrata Plc, with a stake of about 34 percent, came up with the suggestion to put forward the improved offer involving 3.05 new shares per share not owned, a moderate rise from the previous 2.8.

The second biggest investor of Xstrata Plc, Qatar, had asked for a 3.25 ratio back in June. However, sources connected to the deal have revealed that the Gulf state might make a compromise during these times. Once particular source connected to the deal stated that Ivan Glasenberg confirmed everyone’s thoughts that he required this particular deal more than others.

Glencore International Plc has always desired a complete tie-up with the mining corporation, Xstrata Plc, in order to form a trading and mining giant. It initiated its plans back in February, even less than a year following its floatation in the stock market according to a listing which was primarily motivated by its need to carry out deals that would be considered more ambitious. According to one source, the scenario would likely become more dramatic with time while some others stated that the terms of the last indicative proposal made by Glencore International Plc were a shock even for Qatar.

A few of the planned changes in the new deal include establishing Ivan Glasenberg as the chief executive of the newfound group in place of Xstrata’s very own, Mick Davis, an experienced manager possessing a significant record of operation who was set to take the helm through Qatari support as per the original deal. Davis and his group have not been assigned any clear role till now in the revised policy. Any change might result in an end to the manager’s career with Xstrata Plc after being associated with it for more than a decade.

Neslon admitted that gasoline, travel, food courts, and business centers performed exceptionally well, adding to the overall profits. The retailer hit an all-time high when it came
22 mins ago

Musk has been critical of Twitter’s free speech policies as he believes the social media giant is “the de facto public town square.” When the Elon Musk Twitter deal was annou
22 mins ago