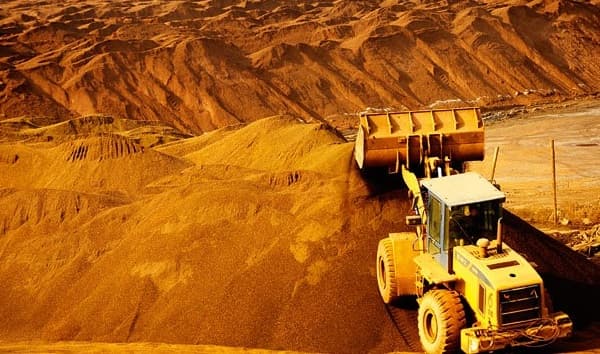 The successful takeover of Xstrata by Glencore might turn the company into the fourth largest miner globally. It has been billed as the “merger of equals” by industry observers and insiders alike. But the merger of Glencore and Xstrata has sent shockwaves in the mining industry. Early in the year, Glencore International reported it had entered talks with Xstrata for a possible $80 billion takeover merger. The Glencore/Xstrata merger will certainly be the mining industry’s largest in recent history. According to different business magazines the buyout is expected to be an all-share transaction that will no doubt shake up the mining industry.

So who really is Glencore and why the jaw breaking deal? Glencore is the largest diversified commodities trader in the world. The company is headquartered in Baar, Switzerland, with operations across the globe. Glencore has interests in the production, sourcing, processing, refining, transporting, storage, financing and supply of metals and minerals, energy products and agricultural products. The mega acquisition move has raised competition concerns in the industry. But rival BP has dismissed such concerns. The company currently employs 3,000 people around the world in its various marketing operations. However, its headcount is more than 58,000 in its industrial operations, spread over 33 countries.

Why the jaw breaking deal?

Glencore’s motivation for the Xstrata acquisition cannot be easily explained by expansion endeavors. The company already holds a 34 per cent controlling stake in Xstrata. Glencore could be responding to industry changes in terms of rival mergers and acquisitions and preparing for the future. The Xstrata acquisition is double Rio Tinto’s acclaimed buyout of Alcan in 2007 that was undertaken at $38 billion.

According to industry observers and insiders, Glencore’s move for Xstrata was only a matter of time. A Reuters report even indicated that it was a matter of “when,” not “if.” The move is aimed at bringing on board more mining business to Glencore’s portfolio of mining assets. Perhaps this was made clear by Glencore Chief Executive Ivan Glasenberg, during a financial conference in Moscow.  According to Mr. Glasenberg, Glencore has always been of the opinion that the two companies should be one.

The acquisition has had its fair share of impediments. The success of the merger will mark years of failed talks. This is not the first time Glencore was making an acquisition move on Xstrata. However, analysts and observers still believe the price may prove a stumbling block for the deal. An Xstrata shareholder meeting scheduled for April was postponed for a month.

Xstrata shareholders had earlier made it clear they would not accept an offer that does not recognize the company’s growth profile. In addition, Xstrata shareholders have shown keenness on a sweetener, regardless of how friendly the interested takeover party is. That perhaps will determine whether or not they approve the deal.

Ironing out the differences amongst bosses

According to a Reuters report, the successful completion of the deal depends considerably on the relationship between Glencore and Xstrata bosses. Glencore’s Glasenberg and Xstrata’s Mick Davis are both South African. But other than their shared nationality, the two are also quite ambitious! The problem then becomes, who will run the merged entity? Will “Glen-Strata” (the merged entity) retain Glasenberg and Davis at executive positions?  Certainly yes! Industry insiders have indicated the longer serving Davis will retain an executive role while Glasenberg will become CEO. But nothing has been confirmed yet.

The announcement of the Glencore takeover offer saw shares in both firms rise steadily. Glencore’s shares rose by over 8 per cent while Xstrata’s went up by more than 14 percent.  Since making the offer, both sides have remained cautiously optimistic over the deal. The transaction, described by the firms as a “merger of equals,” could see the companies benefit from each other’s synergies in marketing and other operations.

In terms of industrial power, the merger stands to create the world’s biggest Zinc and thermal coal producer. The Glencore/Xstrata merger would also create a powerful player in the copper and nickel mining business. According to Credit Suisse analysts, “Glen-Strata” would have synergies pegged at around $468 million. The estimate corresponds to around 5 per cent of their aggregate net income for 2012.

Prospects for the merger

The merger’s prospects look promising as long as both CEOs and Xstrata shareholders agree on the one thing impeding the union; price valuation. The shareholders will also have to work around a settled premium Glencore has to pay for the acquisition. Industry observers have long indicated that Davis and his Chairman John Bond will not agree to a deal that fails to recognize Xstrata’s growth prospects.

Unfortunately for Glencore, it gets no say in this one, even though it is an Xstrata shareholder. One thing is clear though, an offer with no premium will certainly not get approval from Xstrata shareholders. Reuters’ reports quoted some unmanned top five shareholders reiterating their opposition to a nil-premium offer. These valuation and premium impediments bring back to memory a rather ironical flopped Xstrata acquisition attempt in 2009. Xstrata made a bid for Anglo American in 2009 but it flopped because the company refused to offer a premium.

All signs are Glencore will most likely not offer a control premium on the Xstrata takeover. But industry pundits believe the company may offer Xstrata an “equalization” premium. According to Reuters, an equalization premium will include but certainly not limited to “an adjustment to the share ratio to better reflect the value of the two companies and their growth options….” On its own, Xstrata has grown its revenues over the years through a series of acquisitions and deals. The company is keen on doubling its production by the year 2014. It has already set aside a project pipeline pegged at a whopping $19.5 billion to be undertaken over the coming two years.

Talk over the acquisition began last year May when Glencore went public in an IPO valued at $10 billion. Going by current share price, Glencore’s purchase of all Xstrata shares will cost it an estimated $33 billion.