Warning: preg_match(): Unknown modifier '/' in /home/customer/www/industryleadersmagazine.com/public_html/wp-includes/class-wp.php on line 233
 Glencore delays vote on $34B merger with Xstrata

Glencore delays vote on $34B merger with Xstrata 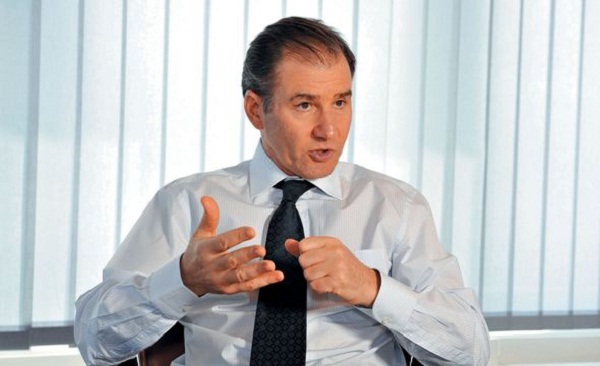 Glencore International Plc‘s $34 billion takeover bid for miner Xstrata Plc is back on after the commodities trader decided to adjourn  a shareholder meeting which had been expected to vote on the deal. The decision about postponing the meeting is said to be a sign that Glencore considers a change in its offer. Analysts are convinced that Glencore will increase its bid.

The meeting to be adjourned

Simon Murray, chairman at Glencore, did not give any details on reasons why the meeting was adjourned, yet he told shareholders in Zug, Switzerland, that there had been some ”developments”. Therefore analysts are convinced that the Glencore’s takeover bid was improved. Simon Murray said laconically: “It has happened very recently, overnight.” No information on when the meeting would be reconvened was given. Glencore’s investors were to meet at 0700 GMT, with Xstrata’s investors’ meeting following a couple of hours later.

The company also requested the suspension of trading in its shares on both London and Hong Kong exchanges.  Following recent news, Glencore’s shares dropped 1.5 percent in London, while Xstrata’s shares jumped 4 percent.

Glencore’s takeover bid had been on the edge of collapse after Xstrata’s second-largest shareholder and a new one at the same time, Qatar Holding, said it would vote against Glencore’s offer of 2.8 new shares for a single Xstrata share held. According to sources, other Xstrata’s investors, including Knight Vinke and Norway’s sovereign wealth fund were also unsatisfied with the offer of multinational commodity trading and mining company headquartered in a Swiss town of Baar.

Glencore, however, informed in its statement that the company was considering all options and would update the market as soon as possible.

It is the second time Glencore’s officials decided to reschedule the meeting after Qatar Holding demanded a higher offer from Swiss-based company. In addition, Mick Davis, CEO at Xstrata, tried to mediate between Glencore and Qatar Holding by encouraging both companies to reach a solution ahead of the vote.

If Glencore’s officials had decided to change the terms of takeover bid at the last moment, both companies would have to reschedule investors meetings to meet the regulatory requirements.

Xstrata’s investors including Qatar Holding LLC and Knight Vinke Asset Management LLC and others were not satisfied with Glencore’s offer and they had openly sought a higher bid. Just last month they informed that they would vote against the Glencore merger with Xstrata if Ivan Glasenberg’s, CEO at Glencore, did not change the offer of 2.8 shares. Ivan Glasenberg is currently seeking a way to create the world’s fourth-largest mining company.

The strongest opponent to Glencore’s takeover bid is Qatar Holding, which is a company controlled by state – exactly by state’s royal family. Qatar Holding currently owns 12 percent of Xstrata. The company’s officials said that they would block the Glencore’s offer because they claimed it was not enough. Qatar demanded that Glencore’s offer should be raised to 3.25 shares for each Xstrata’s share.

The current position of Qatar Holding in Xstrata means that is able to almost single-handedly block the Glencore’s offer.