The ‘All Glass’ iPhone 8 Won’t Have The Home Button

The upcoming Apple iPhone 7 release date is nearing, but let’s be honest, our hearts and minds are somewhere else. We’re far more fascinated by the leaks, revelations, and surmising of the iPhone 8 which is to be released in 2017. By now, the entire smartphone industry and Apple aficionados know that Apple Inc. has a major iPhone redesign coming for the iPhone in 2017. It’s going to be an all-glass iPhone 8, embed with Touch ID fingerprint sensor and a front-facing camera. But wait, there’s more. Apparently, Apple is ditching the iPhone home button so the front of the device can look like a single sheet of glass.

iPhone Home Button: ON or OFF? 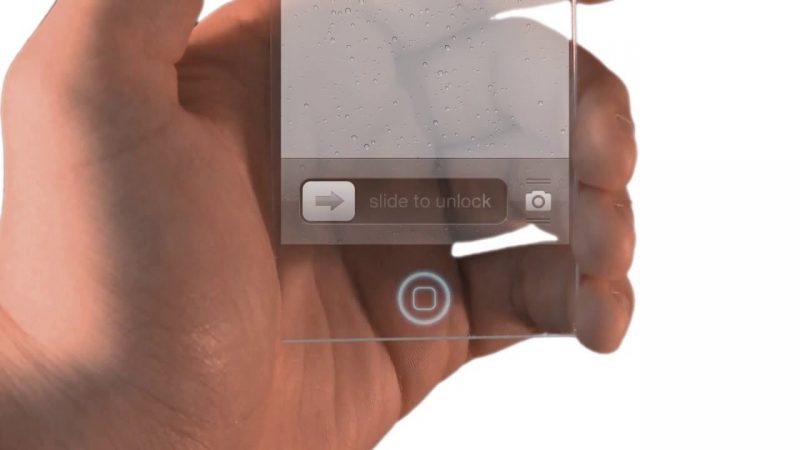 According to Apple Inc. design guru Jony Ive, upcoming iPhone 8 concept flaunting an all glass look is a sure thing. It’s going to look like a single sheet of glass, and apparently, the design is to stay for several years. Let’s not outweigh the fact that it’s going to Apple’s first-ever major iPhone redesign, since its launch a decade ago.Cupertino-based Apple’s Cinderella-take on the body has created buzz around the durability of the glass. But hey, it’s all good things! According to analyst Ming-Chi Kuo, Apple will re-adopt the glass body it last used in the iPhone 4. It will be using sturdier glass technology like Gorilla Glass to help prevent breakage. The materials will also help Apple cut down on the thickness and the weight of the display through the use of OLED.

The iPhone 8 features long-range wireless charging, as well as the enhanced Taptic engine. It’s also going to have biometric capabilities such as facial recognition and iris scanning. Apple will be releasing three versions of the iPhone 8.

The all-glass iPhone 8 home button isn’t the only trending topic in the Apple-o-sphere this week. According to the Nikkei Asian Review, Apple Inc. may introduce a third, high-end smartphone around next year. It’s going to be curvier than the Samsung Galaxy S7 Edge and Galaxy Note7. As a matter of fact, reports suggest it may be Samsung who is going to supply for the curved OLED displays to Apple.

Well, it seems that the giant guessing wheel is stuck on the iPhone 8 concept design and features.The buzz keeps growing. Soon as we’re in the know-how of something more about your dream phone, we’ll let you know. Till then, you can shift your focus on the upcoming iPhone 7, which is due September 7, 2016. The device comes without the headphone jack. It will contain two rear cameras, a memory boost to 3GB of RAM. It will also come with a pressure-sensitive home button which relied on vibrating haptic feedback used in the trackpad of the new Apple MacBook and the Apple Watch.