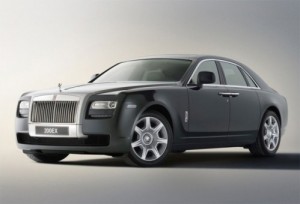 While car-makers across the world were trying desperately to woo customers as they tightened their belts, UK luxury car brand Rolls-Royce saw a 171% increase in car sales globally, more than doubling its previous sales record set in 2008.

With 2,711 cars sold in the 12 months to the end of December, up from 1002 cars in 2009, the Ghost, now accounting for about three out of every four cars sold by Rolls Royce, truly revived this luxury car brand.

Claiming US to be the single largest market, followed by China and the UK, Rolls Royce says all regions had strong sales growth in the 2010 calendar year, particularly Asia-Pacific, the US and the Middle East. Strong growth was also seen in India, Korea, Japan and Singapore.

“Rolls-Royce has further extended its position at the pinnacle of the super luxury automotive market and has demonstrated a clear competence in the management of this unique ultra-luxury brand,” chief executive Torsten Muller-Otvos said in a statement.

“We begin 2011 with a sustainable business model, a flexible workforce and great confidence in the future success of our company.”

Rolls Royce in Asia & the Middle-East

Given strong growth in Asia in 2010, with sales surging to 800% in China, s, predicts that much of the future sales growth of the luxury car will come from Asia. “Asia has recovered particularly well,” Mr Muller-Otvos says. “We see nice growth in China, India and Australia.”

The UK also proved to be a strong market, having risen about 130% last year, while in the Middle East sales rose 160%.

Indicating a dramatic change from the recent past when almost all Rolls-Royce customers were men, Mr. Muller-Otvos, CEO, Rolls Royce Motor Car says “Some 8-10% of our Ghost customers are female in the US, and it is also popular with women in the Middle East and in China.”

“With the Phantom, sales to women are very low,” Mr Muller-Otvos says. “We find that 99.9% of the time it is a male decision.” While about the Ghost model, he says, “They love the Ghost,”

Some of Rolls-Royce’s female customers “bespoke the car in a feminine fashion”, he observes, but most of them stick to more traditional designs.

“Do you know what they like about the car?” Mr Muller-Otvos asks. “It’s a male brand. It’s a masculine car. It’s a powerful car.” 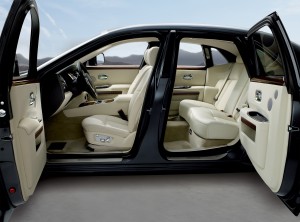 To the casual observer, models from carmakers such as Rolls-Royce do not change much over time, though Mr Muller-Otvos insists his customers are acutely aware of where the economic winds are blowing. So, in response to the prevailing downbeat economic mood, he has seen a “shift from bling to substance”.

“Customers don’t over-do the wood, the leather or the chrome and they chose more subtle colours inside,” he says. “There’s a degree of sobriety.”

On April 20, Apple CEO Tim Cook will take the stage to walk us down memory lane. The company’s ‘Spring Loaded’ event on Tuesday will usher in the launch of Apple’s next-gen
51 mins ago

Facebook Inc. on Monday announced it will launch several audio-centric products that can help it compete against Clubhouse, an audio-only chatting app that exploded in popularity d
57 mins ago

Apple is bolstering its smart home devices space with the introduction of a new hybrid device— a combination of an Apple TV and a smart speaker with a screen, according to news r
24 hours ago

One of the most trusted pioneers of technology in the automotive sector, Toyota Motor Corp. has finally revealed the future of the EV segment by showcasing its new SUV, encompassin
24 hours ago