Plastic pollution is rapidly growing to become a major threat to our ecosystem, with every nation contributing a quota to the growing menace, which is mostly significant in the oceans. Campaigns are raging high and researches ongoing to divert plastic waste back into the production industry or a less use in packaging. An entrepreneur in Ghana is making Africa greener by practically turning mountains of plastic waste into a functional product that can be used by engineers for structural development.

According to World Economic Forum (WEF), Ghana recycles only two percent (2%) of its plastic trash, but the statistics may soon be changed by Nelplastic Ghana Limited – a local company that focuses on industrial processing; turning all kinds of plastic wastes into pavement blocks, which can be used for road construction.

Nelplastic is led by a Ghana-born network engineer, Nelson Boateng, former worker at Ashaiman engineering company, Ghana. Boateng came up with the idea of developing a new form of asphalt for another purpose, from plastic waste, after the country banned plastic bags. This resolution was made to deter increasing environmental pollution caused by polymers. 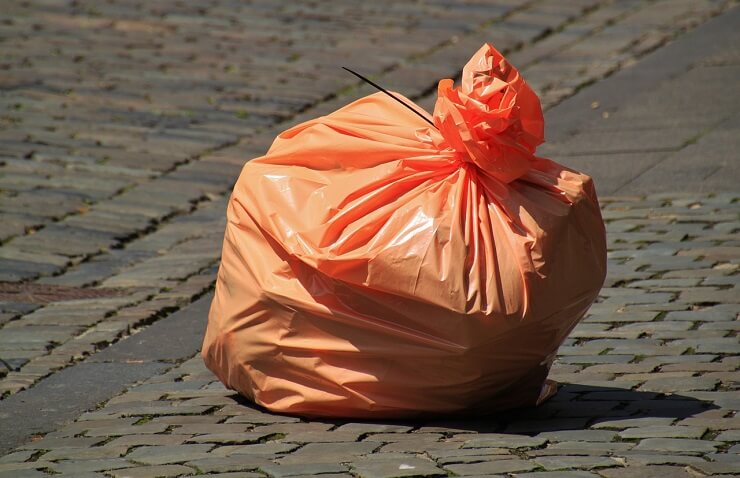 With the pollution so far in the ocean and land fields, our ecosystem will still be under threat if plastic production is put to halt globally today.

Nelson built his equipment for the recycling from scrap metals, motors and electric wires in 2017. The recycling machine became operational eight months later, converting about 2000kg of plastic trash from the area, Ashaiman into pavement blocks without any cost for his community. Trashy bags reports that Ghana produces about 22,000 tonnes of plastic waste yearly, from which ninety-eight percent (98%) is dumped on land fields and some two percent (2%) is recycled.

How reliable is Boateng’s new asphalt?

Global Citizen reports that Boateng’s new form of asphalt is “made from 80% plastic waste and 20% sand,” where traditional asphalt is mostly made of sand aggregates. Boateng’s engineering has been referred to as one of the “most exploited resources in the world,” since it delivers extra benefits as it only requires sand.

Boateng quoted that the pavement blocks from plastic waste would last about 500 years before being prone to decomposition since it takes plastics about 500 years to decompose. Boateng’s new asphalt is basically hard to rot and should last longer than cement. His company has about 230 employees, including direct and indirectly employed persons, and the company is currently paving roads throughout Ghana, with the support of the Ghanaian government.

Boateng’s invention has been described as critical in the global campaign to clamp down plastic pollution. With the pollution so far in the ocean and land fields, our ecosystem will still be under threat if plastic production is put to halt globally today. About 380 million metric tons of plastic waste is generated annually, globally, with an estimation of 8 million metric tons going into the ocean every year. A recent study by Ocean Cleanup Foundation revealed that some of the Ocean plastics that have not shown sign of decomposition were produced as far back as 1977, which depicts a lot of trouble to our ecosystem if we are actually offloading a garbage truck of plastic into the ocean every minute. Now we can use them to pave roads, thanks to Boateng’s invention.

Anna Domanska
Anna Domanska is an Industry Leaders Magazine author possessing wide-range of knowledge for Business News. She is an avid reader and writer of Business and CEO Magazines and a rigorous follower of Business Leaders.
« The World We Can Avoid By Removing Excess Carbon Dioxide
Did You Book A Suite in the World’s First Space Hotel? »
Leave a Comment
Close