The world’s first hydrogen trains have begun commercial services in Northern Germany from September 17, 2018. Known as Coradia iLint, the hydrogen-powered train can accelerate up to 87mph. Two such bright blue-colored trains are running on approximately 62 miles track stretched between Cuxhaven, Bremerhaven, Bremervörde and Buxtehude.

The hydrogen trains are configured with several fuel cells that produce electricity from the mixture of hydrogen and oxygen and thereby emitting only water and steam as pollutants. The excess energy is stored in the lithium-ion batteries installed in the trains.

According to a press release from Alstom, the French maker of hydrogen trains and Europe’s one of the largest railway manufacturers, “The Coradia iLint heralds a new era in emission-free rail transport. It is an innovation that results from French-German teamwork and exemplifies successful cross-border cooperation.” 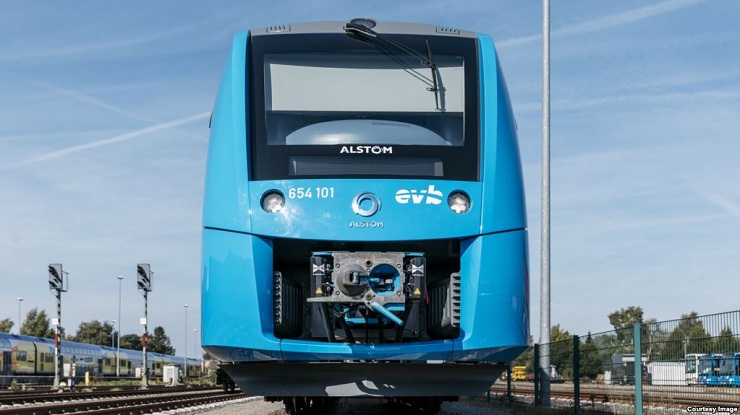 The German government took deep interest and actively supported the development and testing of the green automobile initiatives. It released funds from the National Innovation Programme for Hydrogen and Fuel Cell Technology for realizing the dream of hydrogen trains.

The authorities of Landesnahverkehrsgesellschaft Niedersachsen (LNVG) have already announced to add and use 14 more such zero-emission trains purchased for €18 million in Germany by the end of 2021.

“We also do this because about 120 diesel train sets in our vehicle pool will reach the end of their lifetime within the next 30 years, meaning we will have to replace them,” said Carmen Schwabl, LNVG’s Managing Director while peeping into the future. “The experience gained with this project helps us find a sustainable and practical solution.”

With this, Germany is on the verge of becoming the first passenger rail transport authority to substitute zero-emission vehicles for existing diesel fleet.

Other countries including Britain, Canada, France, Italy, Norway, Netherland and Denmark have already shown interests in the new clean energy train technology. In fact, the French government has hinted to introduce the first hydrogen train on the tracks by 2022, as cited by Guardian.

Eisenbahnen und Verkehrsbetriebe Elbe-Weser (EVB) hosts nearly two million railways passengers and around four million bus passengers annually. It will be incredible to witness the implementation of an emission-free mobility solution on such a busy premise.

“For the time being, it is travelers in EVB’s Elbe-Weser network who can look forward to a world-first journey on the low-noise, zero-emission trains,” Alstom CEO Henri Poupart-Lafarge announced at the unveiling ceremony in Bremervörde. 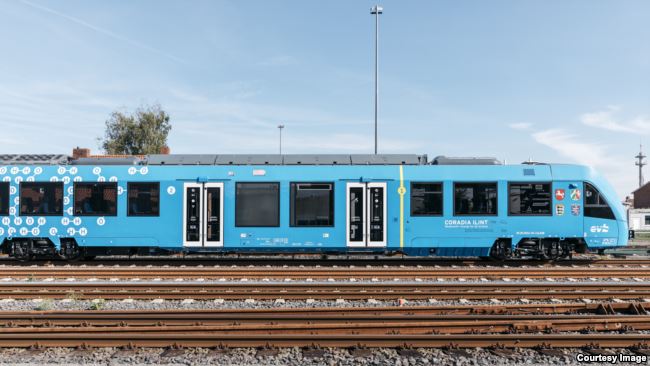 He further added that with one full tank, the hydrogen-powered train can travel up to 621 miles. The trains will be refueled with gaseous hydrogen from a 40-foot steel container placed inside a mobile hydrogen filling station at Bremervörde.

Alstom planned to construct a stationary hydrogen fuelling station on EVB ground by 2021.

“Sure, buying a hydrogen train is somewhat more expensive than a diesel train, but it is cheaper to run,” Stefan Schrank, the Project Manager at Alstom told Guardian.