Confidence up as Germany is back on modest growth track 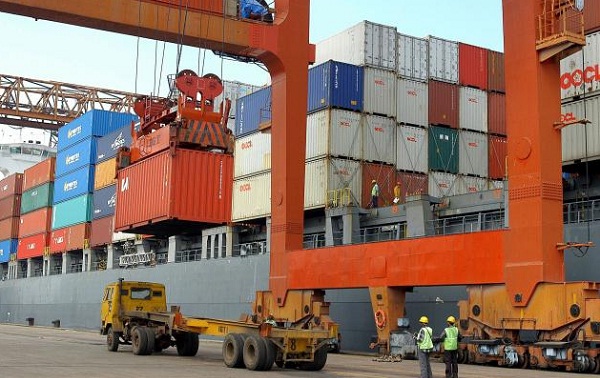 According to figures released on the 11th of March, German exports increased more than initially expected, exceeding analysts’ estimates. Official data showed that also German imports surged significantly. After all, the German economy saw some positive signs after a contraction in the fourth quarter of 2012.

On the 11th of March, the Federal Statistics Office in Wiesbaden released data indicating that Germany saw its exports increase approximately 1.4 percent in January from a 0.2 percent gain seen in December 2012. The increase in exports in January topped analysts’ projections of a 0.5 percent rise.

The report by the Federal Statistics Office showed that exports to the European Union climbed approximately 2.1 percent on a year-on-year basis despite the ongoing financial turmoil. However, German saw its  exports to the eurozone countries surge only 0.4 percent. Not surprisingly, these modest gains were significantly exceeded by a relatively high increase of 4.5 percent in exports outside the European Union.

However, Destatis underlined that on a 12-month basis, unadjusted trade surplus advanced to about €13.7 billion from approximately €13.2 billion a year earlier.

Light ahead of Germany?

January’s figures gave hope that the Germany’s economy would stand on its feet, adding to other positive estimates and results. For example, the Bundesbank expects Germany to expand in the first quarter of 2012 after recording a 0.6 percent decrease n in the final three-month period of 2012. In addition, investors are more and more confident as they saw retail sales climb the most in six years in January. Analysts underline that the Germany economy will rebound, however the level and speed of the recovery are much uncertain. The uncertainty have its roots also in data showing a sharp decrease in manufacturing orders in January.

On the 7th of March, the European Central Bank issued its revised forecast for the eurozone economy. According to newest estimates of the ECB, the eurozone economy will decrease around 0.5 percent in 2013 and this is not too encouraging as it is the Germany’s largest export market. Therefore the German companies must be prepared to look for other markets which will be keen on buying their products. The Bundesbank predicts that the German economy will advance roughly 0.4 percent in 2013, while Commerzbank AG expects Germany to see a 1 percent increase in the year.

Analysts, however, note that increasing imports are promising, showing healthy and robust domestic demand. Just to remind, imports from the eurozone climbed as much as 2.8 percent in January. But also trade with China and emerging markets picked up, which is encouraging for the start of 2013.