Soros Fund Management, an investment firm founded by George Soros, instilled faith in Tesla once again. It bought Tesla bonds worth $35 million during the first three months of 2018.

The report came into the spotlight, post the Securities and Exchange Commission (SEC) released this filing on May 15. So, the filing was shown post 45 days of the first quarter ending and hence the current position of the fund is unknown. However, this investment has arrived as a major relief to Elon Musk who is presently facing the backlash from different frontiers. 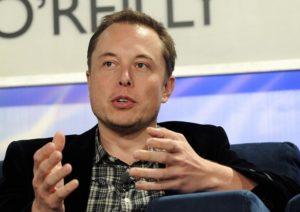 Elon Musk, the entrepreneurial wiz, co-founder of PayPal and Zip2 and founder of SpaceX and now Tesla Motors. Source: JD Lasica via Flickr

Elon Musk’s Tesla is going through a dark phase since the beginning of this year. Firstly, the company is in news for a deadly accident involving Tesla self-driving car. Secondly, the electric carmaker has delayed the production of Model 3 due to some major fault.  Adding to the horror, Tesla recently underwent a “thorough reorganization” of the top management wherein Musk lost two of its energy executives. Even the shareholders are not happy with Tesla’s performance as the company shares slipped down nearly 9 percent year-to-date.

George Soros, the world’s most successful investor purchased Tesla convertible notes valuing $35 million which are due in March 2019. Convertibles are hybrid securities, either in the form of bonds or preferred stock, which can be exchanged for a predetermined number of common shares.

The exact reason behind Soros interest in Tesla is yet not disclosed. However, Elon Musk must have taken a sigh of respite because of the inflow of huge money.

Other Investments by George Soros 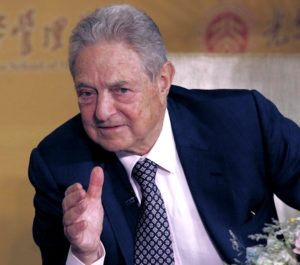 George Soros bought Tesla bonds worth $35 million during the first three months of 2018.

George Soros’ fund bought 51,200 shares in Amazon, the largest e-commerce retailer in the first quarter of 2018. However, the same fund management company abandoned the entire holding in Amazon the previous year.

On the other side, George Soros’ investment company dumped holding of 34,100 shares in Twitter. It also did not show any interest in the largest social media site, Facebook post it surrendered the latter’s shares last December.