SpaceX might lose up to 40 of the 49 Starlink satellites it launched on February 3. The company confirmed that although the Starlinks were on their way to the low-Earth orbit, they are expected to burn as a result of a geomagnetic storm. The satellites were launched on a Falcon 9 rocket from NASA’s Kennedy Space Center in Florida at 1:13 p.m. EST.

The Falcon 9 is a partially reusable rocket, and around nine minutes after the launch, its first stage landed safely in the Atlantic Ocean, where a SpaceX droneship awaited its return. It was the sixth landing for this booster which has previously assisted in the launch of astronaut-carrying missions directed by NASA. The Falcon 9’s second stage moved ahead with the Starlinks, putting them into orbit approximately 15 minutes after liftoff.

SpaceX had provided live coverage of the launch on its site and confirmed the deployment with a tweet from their official Twitter handle. 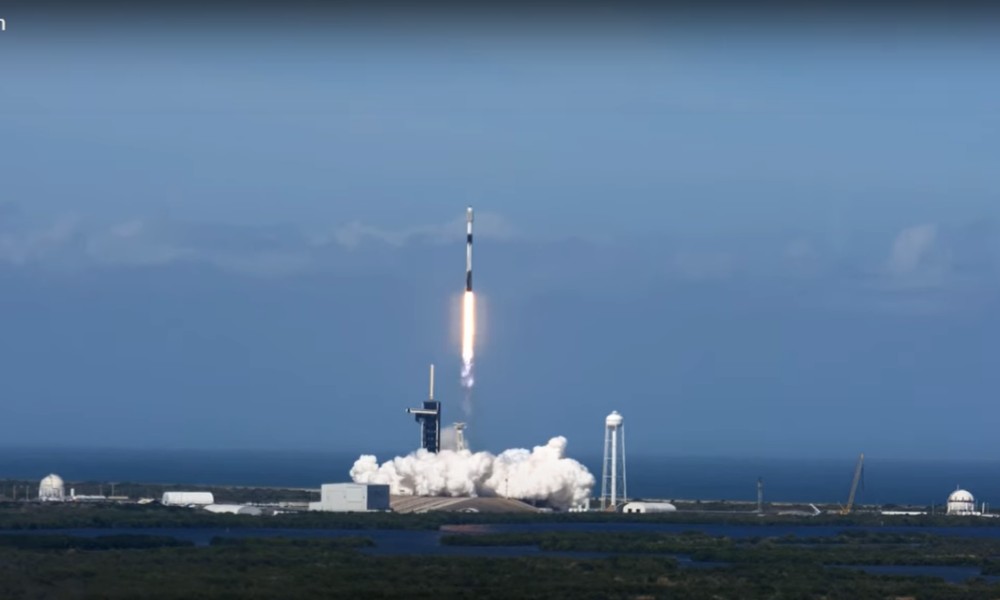 A geomagnetic storm could knock off 40 Starlink satellites.

The company revealed that the strong geomagnetic storm will cause a majority of its satellites to burn in Earth’s atmosphere, instead of fulfilling their mission.

In a statement released by SpaceX, the company informed netizens that, “Unfortunately, the satellites deployed on Thursday were significantly impacted by a geomagnetic storm on Friday. These storms cause the atmosphere to warm and atmospheric density at our low deployment altitudes to increase. In fact, onboard GPS suggests the escalation speed and severity of the storm caused atmospheric drag to increase up to 50 percent higher than during previous launches. The Starlink team commanded the satellites into a safe-mode where they would fly edge-on (like a sheet of paper) to minimize drag—to effectively “take cover from the storm” —and continued to work closely with the Space Force’s 18th Space Control Squadron and LeoLabs to provide updates on the satellites based on ground radars.”

They also admitted that preliminary analysis show that around 40 satellites are slated to re-enter Earth’s atmosphere or have already re-entered.  On re-entering Earth’s atmosphere, the satellites are programmed to burn up, and pose no risk to other satellites in orbit. This means that there will be no space or orbital debris that can cause harm at a later stage.  The Starlink team has continued to improve its on-orbit debris mitigation.

There has been growing concerns about the effect of Starlinks on the night sky. Astronomers allege that the satellites reflect sunlight creating an artificial brightness that obstructs their study of the night sky. Elon Musk has previously mentioned that he intends to create a mega constellation of Starlink satellites that can provide to far reaching areas. With the recent launch, the number of Starlinks launched by SpaceX has crossed 2000. The company has plans to eventually increase the number to over 42,000 and provide internet connectivity across the globe.

SpaceX signed the Space Act Agreeemnt with NASA in April 2021, where the aerospace company agreed to move Starlink satellites if they venture too close to the International Space Station (ISS) or any other spacecraft in orbit. This agreement came about after ISS had to adjust its orbit multiple times in 2020 to avoid collisions. As the number of satellites grow, so does the chances for an accident in space.

In December of last year, China informed the United Nations that they had to employ evasive maneuvers to avoid Starlinks from hitting its space station. In a diplomatic note to the UN Secretary General, China stated that they had two close encounters and “For safety reasons, the China Space Station implemented preventive collision avoidance control on July 1 and October 21, 2021, respectively.”

Christy Gren
Christy Gren is an Industry Specialist Reporter at Industry Leaders Magazine she enjoys writing about Unicorns, Silicon Valley, Startups, Business Leaders and Innovators. Her articles provide an insight about the Power Players in the field of Technology, Auto, Manufacturing, and F&B.
« Hyundai and Kia Vehicles Are a Fire Hazard, Warn Makers
SoftBank plans to float ARM IPO by 2023 »
Leave a Comment
Close