Almost all major automakers are gearing up to enter the new era of self-driven cars. Taking this concept further is General Motors, which wants to do away with the steering wheel altogether in its latest self-driven model.

The automaker has put in a request to the U.S. National Highway Traffic Safety Administration to allow it to test self-driving cars sans a steering wheel or other human controls on American roads.

The NHTSA revealed that GM and Softbank-backed startup Nuro petitioned the agency in 2018 seeking exemption from U.S. road safety rules that were written a long time ago and are meant to control cars with human drivers.
The automobile manufacturer and Nuro are seeking permission for 2500 vehicles each.
According to a Reuters report, Mary Barra, the chief executive officer of GM. and the U.S. Transportation Secretary Elaine Chao held talks to discuss the issue. 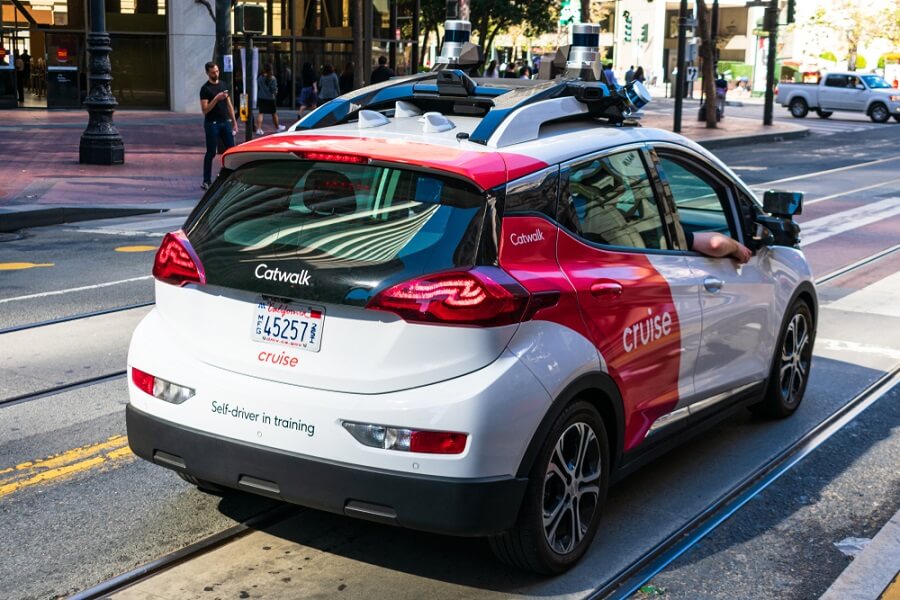 The NHTSA, on its part, is being cautious as there are many safety, technical, and legal issues that need to be taken care of before any such request can be entertained.

The Transportation Secretary was not very enthusiastic about the possibility of such cars hitting the roads soon and said, “Some auto industry officials and analysts were too optimistic about the timing for the deployment of fully autonomous cars.”
GM had plans for deploying steering wheel-less and self-driven cars on the roads by the end of 2019 but abandoned the idea as more testing needed to be done before the cars get ready for a commercial release.

Other companies that are testing the self-driving concept are Tesla Waymo (Apple division) and Ford, among others.

Waymo has also put in a request to the NHTSA to remove the steering wheel from its vehicles.

Tesla’s new models have a self-driving capability chip in the cars, but it is not yet fully automated. It needs driver assistance in some maneuvers and is considered Level 2 automatic. Still, the chip is the most advanced self-driving tech out on the roads at the moment.

But not everyone is fully convinced of the feasibility of a total AI regulated car. Safety is a big concern with all. Accidents involving self-driven vehicles have been reported. And not many people are comfortable driving alongside driverless cars. There are advocacy groups that are opposing the idea, saying, “These are life and death consequences, not video game reset buttons for software developers.”

A lot of testing and software improvement is needed before driverless cars become fully accepted on the roads.

Anna Domanska
Anna Domanska is an Industry Leaders Magazine author possessing wide-range of knowledge for Business News. She is an avid reader and writer of Business and CEO Magazines and a rigorous follower of Business Leaders.
« Eat, Spray, Love: Most Expensive Perfumes of All Time
France to impose heavy pollution tax on SUVs and Trucks »
Leave a Comment
Close

Google has been at odds with the Australian Government since the latter proposed the ‘world first’ law to make tech companies pay publis...
22 hours ago