Cruise To Let Go Of 8 Percent of Its Employees

Volkswagen Sedric Lines Up for the Future Forward Driverless Technology

It won’t take much longer when roads are powered by driverless vehicles! Cruise, a subsidiary of General Motors, unveiled a new car designed to run without a ‘driver’ on board. This latest revelation comes after six months when Cruise earlier delayed the launch of self-drive public service in the city of San Francisco. The previous launch was delayed as the project required more testing and evaluation, according to the company Cruise.

The electric vehicle ‘Cruise’ comes without any manual controls like pedals or steering wheel. According to Cruise CEO Dan Ammann, Origin is all ‘self-driven, electric and a production vehicle’. The demonstration of Origin was given by Kyle Vogt, founder, president and CTO of Cruise.

Kyle first demonstrated the doors, which part to open up and the seats which have ample legroom for the passengers. He also highlighted a video showing sensors in the vehicle. These sensors would act as the eyes of the car and help it to perceive and sense what’s going around it.

Cruise, however, did not give any specific timeline for beginning productions of the Origin vehicle. The unveil garnered a mixed response from the audiences, while many believe ‘driverless’ automatic cars would save lives, some were skeptical about letting the vehicles ply on the road. The apprehension mostly comes after a fatal crash that involved a self-driving Uber vehicle in Arizona in March 2018. 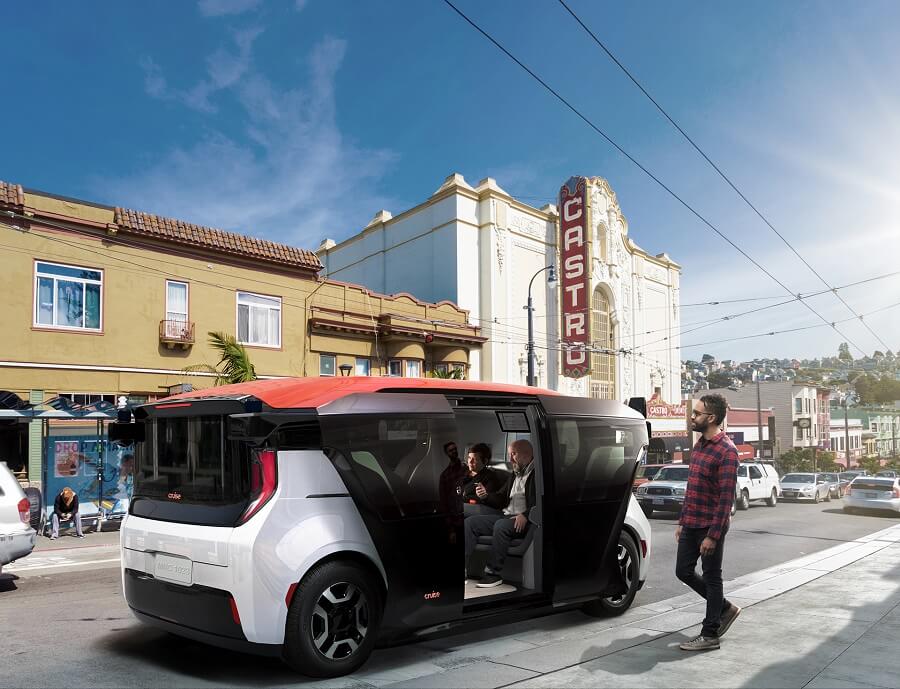 Vehicle giant General Motors first announced the plans of building a self-driving vehicle in October in the year 2018 as a part of a prestigious deal with Honda Motors. Honda Motors agreed to invest a whopping sum of $2.75 billion in Cruise. This deal gave Honda Motors a 5.7% stake in Cruise that included $750 million and an additional $2 billion for development as well as the deployment of self-driving vehicles across the world over the next 12 years.

Leading company Waymo has undoubtedly been the most successful organization in launching autonomous and driverless vehicles. The company, since December 2018, has been operating a limited fleet with the autonomous cars in metropolitan Phoenix. On Oct 24, 2019, Elon Musk, Tesla’s CEO, guaranteed shareholders of the company that the organization was duly scheduled for an “early release and access to a complete functional self-driving” vehicle by the end of 2019. The company, from then on, failed to update the delivery timeline with the onset of 2020. However, it is expected to throw light on the update on autonomous vehicle plans on the earnings call to be held on Jan 29.

GM’s Cruise has so far raised an amount of $7.25 billion from its investors like Honda, SoftBank Vision Fund and T. Rowe Price Associates. These investments, news of which were released in May 2019, valued Cruise company at $19 billion.

Anna Domanska
Anna Domanska is an Industry Leaders Magazine author possessing wide-range of knowledge for Business News. She is an avid reader and writer of Business and CEO Magazines and a rigorous follower of Business Leaders.
« Small tech companies testify against Amazon, Google, Apple’s might in Congressional Hearing
Libra fails to take-off, Swiss government and eight companies withdraw support »
Leave a Comment
Close