In a blog post on Monday, GM CEO of Cruise Automation, Kyle Vogt, announced the team has successfully created the world’s first mass-producible driverless car. The vehicle is decked with “airbags, crumple zones and comfortable seats,” all of which is produced by a high-volume plant that can mass-produce more than a million vehicles per year.

General Motors Co. has been working on driverless vehicles for a while now. The Detroit-based automaker is already testing a beta app that lets employees in San Francisco hail an autonomous Chevy Bolt EV.

As per the Medium post, the production models are third-gen of self-driving cars. They meet the necessary safety requirements and will become a part of the San Francisco fleet in the upcoming weeks.

The biggest challenge the team faced was to bring the creation to fruition. The company began with retrofitting Chevy Bold Electric vehicles and progressing through a second-gen of test cars. This generation was designed for high-volume assembly lines using components and suppliers that already existed. The third-gen, writes Vogt, have “completely new and fault-tolerant electrical, communication and actuation systems that are unique to a driverless vehicle.” 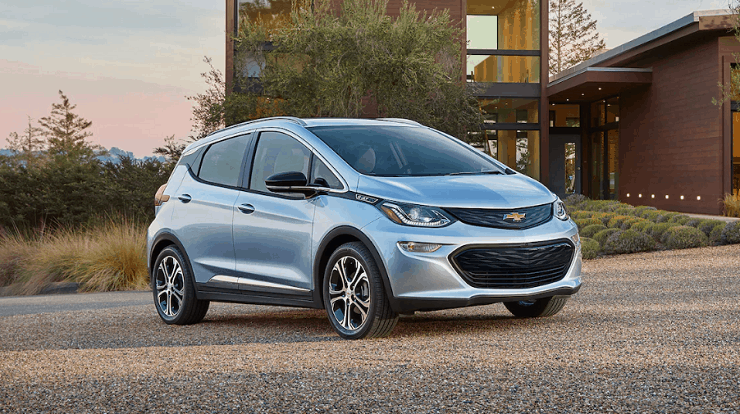 The company has created new safety and redundancy systems to ensure the safety of the riders. “Our newest self-driving car might look like a regular car on the outside,” says Vogt, “but the vehicle’s core system architecture more closely resembles that of a commercial airplane or spacecraft. It’s a complex and time-consuming process to design cars this way, but it’s the responsible thing to do.”

General Motors Co. is ready to begin mass producing autonomous vehicles once it gains regulatory approval. Recently, The House passed a legislation allowing for the development of 100,000 self-driving cars per year. The bill has to pass through the Senate, which is the final roadblock. The good thing is that the Senate hearing about the deployment of self-driving trucks is on Wednesday.

In the self-driving car race

Back in June, GM completed production of 130 self-driving Chevy Bolts for test in San Francisco, Detroit, and Scottsdale. It has now a fleet of 180 autonomous vehicles on that road that have undergone beta testing since June 2016.

In 2016, the automaker invested $500 million to create a ride-hailing network for autonomous vehicles. In February this year, GM’s car-sharing spinoff, Maven began renting thousands of self-driving electric Chevy Bolts to Uber and Lyft.

GM is not alone. A large number of companies are working on self-driving cars, including Alphabet-owned Waymo, Audi, Tesla, and Uber. In December, Fiat Chrysler delivered 100 Chrysler Pacificas to Google’s Waymo self-driving fleet. Volvo has promised a fleet of self-driving vehicles with full redundancy by the end of this year.

Anna Domanska
Anna Domanska is an Industry Leaders Magazine author possessing wide-range of knowledge for Business News. She is an avid reader and writer of Business and CEO Magazines and a rigorous follower of Business Leaders.
« Facebook Fined $1.44 million by Spanish Data Protection Agency
iPhone X is the ‘biggest leap’ in terms of technology or leadership? »
Leave a Comment
Close