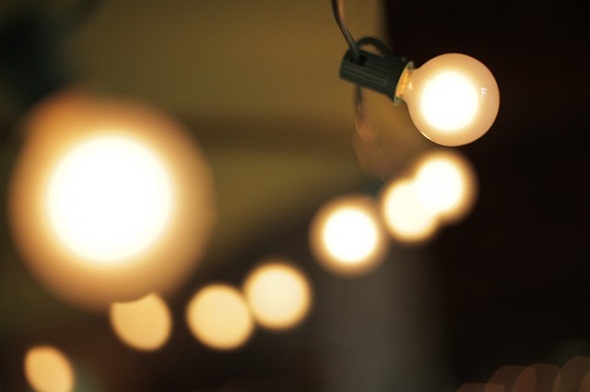 In case the LED bulb business becomes more commoditized, the services provided by GE stand to offer revenue that could offset pressure.

On Monday, General Electric Co announced collaborations with Qualcomm Inc and Apple Inc as part of its plans to work on revamping its 130 year old lighting business. The cooperation will allow GE to dive into the emerging and increasingly competitive market for connected lighting that integrates with smart devices and a growing market appetite for data. GE said it will create an LED bulb that is compatible with Apple’s yet to be launched connected-device platform HomeKit.

The bulb is capable of changing colours to line up with the natural rhythms of the body. By teaming up with Apple and its HomeKit service, GE is hoping to continue its top status in the highly competitive consumer lighting industry. The new GE bulb is expected to be available later this year, although there is no information on what they will cost.

With chipmaker Qualcomm, GE is providing retailers a way to connect with shoppers’ smartphones via technology embedded in LED light bulbs, the company said. The indoor positioning technology could help to transfer customized coupons to shoppers depending on the location of the store.

While GE sees great growth opportunity in the sale of energy-efficient LED bulbs, it seeks to add value to consumers, businesses and cities by incorporating sensors and other technologies embedded in its LED bulbs, said Beth Comstock, head of GE’s newly formed Business Innovations unit. In case the LED bulb business becomes more commoditized, the services provided by GE stand to offer revenue that could offset pressure.

GE itself is undergoing a complete overhaul. Of late, the company has been putting the majority of its resources to focus on big-ticket industrial products such as jet engines and power turbines. The new partnership could allow GE to compensate for limited revenues from its LED bulb division. Some analysts and industry experts have projected that the US conglomerate will let go of its lighting business altogether, considering the fact that the company divested its appliances division.

In 2014, GE Lighting posted around US $2.5 billion in revenue, 2.3% of the company’s overall industrial sales. Comstock believes GE’s lighting business fits smoothly with GE chief executive Jeff Immelt’s vision of making the company’s industrial equipment compatible with software and analytics. The LEDs and software helps the company continue its Industrial Internet expansion and the lighting business is a crucial factor in GE’s future, she said.