General Electric announced on Monday that Jeff Immelt is stepping down as chief executive. John Flannery, president and CEO of GE Healthcare, would step into the role as a part of the company’s succession plan.

Speculation about Jeff Immelt’s imminent departure had grown recently following reports of a nasty conflict with a major investor. The 61-year old industry veteran will stay on as chairman until his retirement from the position at the end of the year.

In addition, chief financial officer Jeff Bornstein has been promoted to vice chairman.

Shares of GE rose by more than 4% in pre-market trading.

Why is Jeff Immelt stepping down as General Electric CEO?

Trian Fund Management had raised concerns with GE missing financial targets over a number of quarters. The Boston-based company agreed to cut 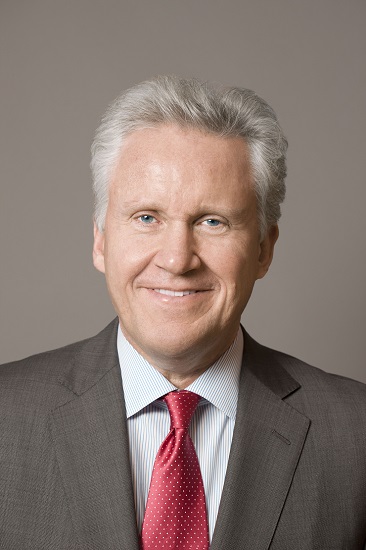 GE announced today that Jeff Immelt will step down as CEO of General Electric.

$2 billion in costs to align executive bonuses with cuts and profit goals.

Once described as one of the greatest industry leaders of our time, Jeff Immelt has been with General Electric since 1987. He has worked all over the world including Argentina and India.

A Harvard MBA and a second-generation GE man, Immelt was close to completing a radical transformation. During his tenure, he sold off signature parts of the company, including appliances, plastics, NBC, and a huge chunk of finance division.

Immelt earned the admiration of the Wall Street for steering America’s most stalwart companies. With extreme competence, and a talent for bringing out the best in people, Immelt steered the company through events such as Sep. 11 and the 2008 Great Recession.

Yet, shareholders were growing impatient over his mojo: long-term payoffs before everything else.

In 2008, GE Capital had been producing more than half of the company’s profit. Just like Goldman Sachs and Bank of America, it took a lot of time to stabilize the goldmine and restore the confidence of weary customers and investors.

Jeff Immelt was not one to waver.

It was 1989, he was the president of consumer service for GE appliances, when crisis hit the company. GE made a massive recall of 3 million refrigerators with bad compressors. 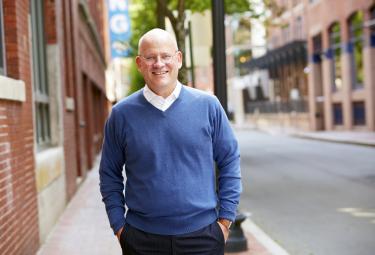 John Flanney is named CEO of the company by the GE Board of Directors effective August 1, 2017 and Chairman and CEO effective January 1, 2018.

Critics have always lined up in his case. GE has a reputation for taking advantage of tax breaks. According to the New York Times, in 2010 GE paid zero tax dollars, in spite of raking $14.2 billion in profit. During Immelt’s tenure, GE spent millions of dollars to crusade for changes in tax law. One of the most lucrative measures was to operate leasing and lending business abroad with profits that face little to zero foreign taxes, and no American taxes as long as the business is kept overseas.

In the past decade, Immelt had become acutely aware of the need to show massive returns. Since Immelt became CEO in 2001, GE shares have fallen 29 percent, while its S&P 500 index has more than doubled. GE’s stock performance is making shareholders more and more furious.

Back in 2015, when activist investor Nelson Peltz bought $2.5 billion stake in GE, he pressed for cost cutting and asset sales. Later, Trian Fund Management and Peltz reached an agreement with GE that led to cutting $2 billion in costs.

Calls for firing of Jeff Immelt grew larger in past five months. Investors called for a new CEO with a focus on efficient operations and cost cuts. Volatility in the market affected GE’s core business, including oil and gas, transportation and power generation.

New General Electric CEO John Flannery, who comes from a heavy finance background, will need to do a quick review of GE’s portfolio.

Anna Domanska
Anna Domanska is an Industry Leaders Magazine author possessing wide-range of knowledge for Business News. She is an avid reader and writer of Business and CEO Magazines and a rigorous follower of Business Leaders.
« Top 10 U.S. Cities for Entrepreneurs in 2017
Viking Global Investors Returning $8 Billion to Investors as CIO Steps Down »
Leave a Comment
Close

Bayer AG is in talks to buy Vividion Therapeutics in a roughly $2 billion deal, enforcing new IPO plans for Vividion.
6 hours ago