CRISPR tool was used inside the human body to restore vision in blind people and it is the first time such a tool was used.

Scientists recently used the gene-editing tool CRISPR to attempt restoring vision in patients who suffer from inherited blindness. The experimental treatment of CRISPR gene editing was aimed at sniping out a genetic mutation that causes visual impairment in people, mostly at birth. CRISPR is a robust technique and is favorable for the molecular scissors and its ability to cut DNA easily. The success of the CRISPR tool would open up the possibility of using the gene-editing tool for many other conditions. Scientists are looking forward to using this technique in curing many other diseases to delete and correct faulty segments of DNA in humans. Repairing DNA at the source would prevent and reverse diseases rather than treating symptoms with drugs and medications. CRISPR gene editing is destined to be a one-time permanent treatment for all.

The CRISPR genome-editing tool has earlier been used to treat genetic blood disorders and advanced cancers in some patients. In those cases, the doctors eradicated cells from the patients’ bodies and used CRISPR to edit the cells in a lab. The repaired cells were later infused back into the body, and the CRISPR tool was used outside the human body. The blind experimental treatment was, however, used differently. 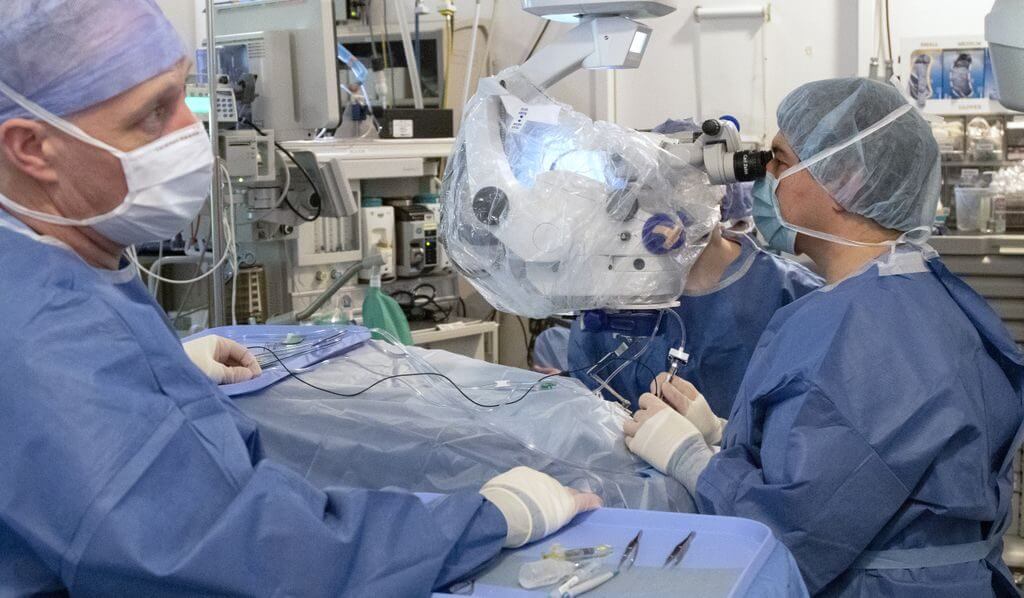 With the CRISPR technology, doctors plan to effectively treat up to 18 patients, both adults and children, suffering from a particular genetic mutation that causes Leber congenital amaurosis. This is a rare genetic eye disorder. Many people who suffer from this disorder are legally blind, though some patients can detect light or movements. This disorder can be caused by mutations in many genes, though the CRISPR technology trial will target only one gene- the CEP290. The variations in the CEP 290 gene prevent the cells in the retina from forming a protein which is essential for better vision.

The CRISPR genome-editing tool is made up of two parts: a cutting protein along with a guide molecule which is programmed to indicate the cutting protein which sequence of DNA is essential to cut. Scientists behind the CRISPR trial programmed CRISPR to find and slice out problematic mutations in CEP290. It is of hope that eradicating the mutation would start the production of the necessary protein and restore the vision of the person.

The doctors at Oregon Health and Science University, who conducted the experiment trial, injected a few drops of the treatment behind the patient’s retina. They must wait now. To test any improvement in vision, the patients will have to walk through obstacle courses in rooms powered by various levels of light.

Irish pharmaceutical company Allergan developed the therapy and the Cambridge, Massachusetts-based CRISPR startup Editas Medicine, is still in its early stages. Since the researchers don’t know the correct dose required to restore vision, they plan to test three more different doses, starting with the lowest dose given to older patients who have profound vision loss. If the initial attempts come out victorious, the researchers plan to treat more patients. Also, the doctors are treating only one eye as a precaution. On the successful result of the attempt, they will give the CRISPR explained injection in the other eye too.

However, CRISPR treatment comes with risks. One of the most significant risks is that the CRISPR tool could cause unintended edits elsewhere in the body. These are known as off-target effects. Doctors of CRISPR trial selected the eye at first, as it is easily accessible, and the test requires only a short procedure. Though CRISPR may have the power to fix certain diseases permanently, it also means it can create permanent DNA damage. This is something the researchers wouldn’t want. As such, researchers and doctors are treading the path cautiously to ensure safer treatments and prevent any unwanted edits.

Anna Domanska
Anna Domanska is an Industry Leaders Magazine author possessing wide-range of knowledge for Business News. She is an avid reader and writer of Business and CEO Magazines and a rigorous follower of Business Leaders.
« Google launches digital wellbeing apps for Android
Paper Phone allows you to detox from the smartphone »
Leave a Comment
Close

The annual inflation rate in the US hit 6.2%, recording a highest in decades. Due to an unstable inflation, consumer prices increased by 0.9 percent in October and June, 2021.
3 hours ago