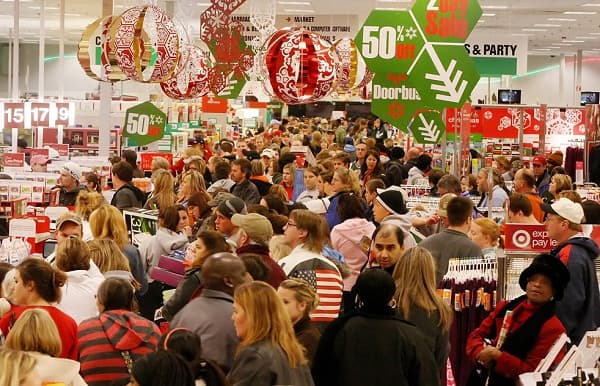 Retailers have not had the most successful holiday seasons for several years so it is not surprising that these days they want to get as big piece of cake as possible. Chains have been facing many shopping seasons affected by recession, not to mention the increasing popularity of online retailers such as Amazon.com Inc. and the tendency of customers to check prices on their smartphones.

The holiday shopping weekend or maybe week as some retailers started offering special deals on the 19th of November is all about getting in the rush and having fun of it. Even though that Black Friday, or Black Thursday as some retailers including Wal-Mart Stores Inc. and Toy R Us decided to start on the Thanksgiving evening, is a chance of getting special deals, yet not everyone loves it.

Despite the fact that the society is divided in two type of people, those who love and those who hate Black Friday, recently published data shows that traffic to retail sites has already enjoyed an increase and that is just the beginning. The retails sites which saw the highest increase in traffic were Amazon.com Inc., Wal-Mart Stores. Inc. as well as Target Corp.

Retailers have been preparing for the holiday shopping season and its opening on Black Friday by launching discounts even several weeks in advance and matching prices as well. In addition, they want to guarantee their clients fun while shopping by offering free food and music. They do everything in their power to make up for the losses which they saw due to the presidential election. Therefore retailers have been using every single way to lure customers back in their stores.

Yet many customers are aware of the fact that only most popular items will be discounted, while other less popular ones will be priced a little bit higher. Therefore even though retailers are trying to convince customers that Black Friday deals are the best, it is not always true. However Black Friday and Cyber Monday have something magical that attract crowds of customers. Knowing that not all customers like this craziness which usually accompanies Black Friday, several retailers are to start Black Friday sales online Thursday morning.

According to data released by the National Retail Federation, the 2012 holiday shopping season’s retail sales will jump more than 4 percent, down from an increase of 5.6 last year. But retailers are gearing up themselves for the Black Friday frenzy and craziness and they are preparing their customers for that as well.

Everyone, who does not want to bow to the Black Friday craziness and wants to escape with life and limb, should apply following rules. First, put on comfortable shoes as the Black Friday shopping means walking. Second, remember to conduct research on items and shops. Third, have some extra sleep as Black Friday deals mean waiting in long lines!

Have a good Black Friday hunting!

Anna Domanska
Anna Domanska is an Industry Leaders Magazine author possessing wide-range of knowledge for Business News. She is an avid reader and writer of Business and CEO Magazines and a rigorous follower of Business Leaders.
« Microsoft vs. Google patent trial finally comes to an end
CNH Board approves Fiat Industrial Bid »
Leave a Comment
Close