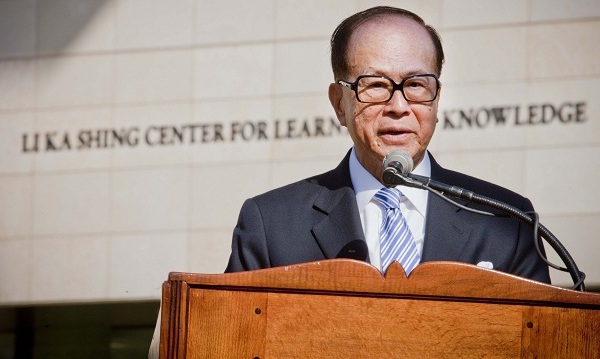 Hong Kong based billionaire Mr. Li Ka-shing, who controls a group of companies, has agreed on buying a UK based Gas Company named Wales and West Utilities. The agreement has been settled for 645 million pounds or 1 billion dollars. This latest acquisition by the tycoon will greatly boost his gas portfolio in Britain.

Octogenarian Li has been expanding his business empire by means of buying utility assets and regulated infrastructure in some of the developed countries of the world like UK that are open towards foreign ownership of its infrastructure assets. Cheung Kong (Holdings) Ltd, the developer of Blue-chip property made a statement that a joint venture was formed by it Power Assets Holdings Ltd, Li Ka Shing Foundation Ltd and Cheung Kong Infrastructure Holdings Ltd in order to buy the company that is involved in the management of the transportation of gas assets and their distribution in the south western part of England and Wales.

The acquisition is regarded as a quality investment on the part of Cheung Kong Holdings Ltd as it would provide a long term contribution of a steady recurring income to the CHK group. The company also revealed in a statement that the acquisition reflects the strategy of CHK to embrace opportunities of new growth by means of globalization and diversification. The Power Assets and the Cheung Kong Infrastructure are both controlled by a conglomerate of Li named Hutchison Whampoa Ltd. The network area of distribution for the supplies of Wales and West Utilities includes 7.4 million customers and covers nearly an area of about 42,000 square kilometers. This makes up for almost one sixth of the whole area of the country of UK. The main gas pipeline covers a total length of about 35,000 kilometers.

The deal and the endeavors of the company:

The completion of the deal that is now awaiting the approval by the European Commission, will add to the assets of Mr. Li in the country of Britain. In the month of August last year, Mr. Li had agreed to buy the utility Northumbrian Water Group for about 2.41 billion pounds in UK as well. In the year 2010, Cheung Kong Infrastructure along with another investment arm of Mr. Li, the Power Asset Holdings had made an agreement to buy the British electricity distribution networks of France’s EDF for nearly 5.8 billion pounds. This network of electricity provides power to the south eastern part of Britain and London. The shares of the company Cheung Kong Infrastructure that were suspended on Wednesday have already risen above 8% as of now in this year and has beaten a gain of 2.5% in the benchmark index of Hang Seng. According to a tern sheet that was seen by Reuters on Tuesday, it has been revealed that the Cheung Kong Infrastructure Holdings have made plans for the placement of shares that would rise up to as much as 307 million dollars. Terms said that Cheung Kong Infrastructure would use the proceeds from the offering for the general working of the capital.