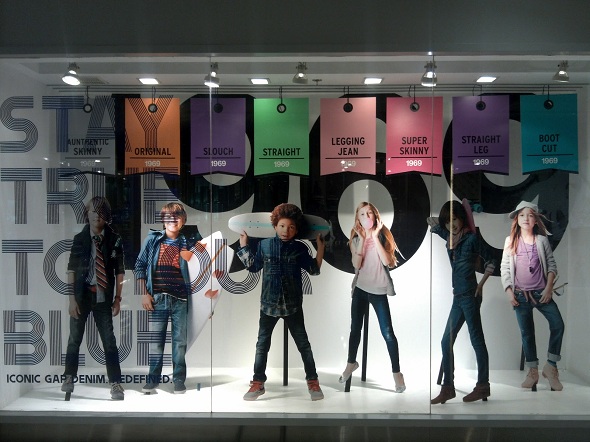 The move is encouraged from its long-term strategy of expanding in emerging markets to stay competitive.

American multinational clothing and accessories retailer Gap Inc has raised its full-year profit forecast; a move stemmed from its strong sales of its lower-priced Old Navy brand. The San Francisco-based company also revealed plans on moving to one of the fastest-growing market – India with 40 stores next year. Mumbai and Delhi, two of the largest cities in the country will have the first two stores opened. Over the time, through franchise-operations, the company hopes to reach its target of 40 stores.

The move is encouraged from its long-term strategy of expanding in emerging markets to stay competitive. It serves as a suited solution for Gap which has been since long looking for ways to cut down its reliance on the North American market, which makes up to more than three-quarters of its annual sales.

Sales of Gap and Banana Republic have slowed down with shoppers becoming more budget conscious with a limited spending. This year, sales declined by 5% at Gap, flat at Banana Republic, while Old Navy witnessed a 4% growth.

While sales in Asia are said to have grown at a rapid place, although it accounted for only 9% of Gap’s total revenue of $16.1 billion in fiscal 2013-2014. The company said in a statement in April that it is expecting its sales to triple in amount and reach $1 billion in the coming three years in China. Gap has 231 operating stores in Asia and plans to open another 110 stores in mainland China, Hong Kong and Taiwan by the end of this year.

“India is an emerging, vibrant market and an important next step in our global expansion strategy,” said Steve Sunnucks, Global President of Gap.

Gap is partnering with Arvind Lifestyle Brand Ltd in India, a textile manufacturing unit of Arvind Ltd, which is India’s largest textile companies for its expansion plans in India.

Clothing and accessories retails in the U.S. have witnessed a thwarting decline in quarterly sales, which is said to arise from cutback in spending on discretionary products.  Aeropostale Inc on Thursday reported a 13% slump in its Q2 sales, while American Apparel Inc reported a 6% fall in its quarterly sales on Monday.

Gap’s net profit climbed $332 million, 75 cents per share from $303 million, 64 cents per share a year ago. According to Zacks Investment Research, the company earned 70 cents per share. Its total revenue rose to $3.98 billion, which was quite close to what analysts had estimated.