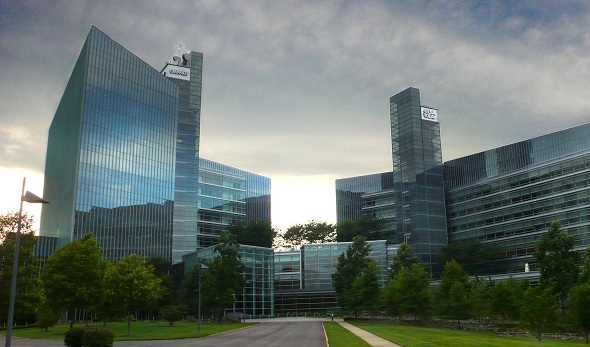 Gannett, owner of USA Today, has agreed to buy out the shares of car deals site Cars.com, for $1.8 billion, as per Bloomberg News, referring to an individual acquainted with the matter.

Cars.com is which is owned by Classified Ventures, a JV of Gannett and four other daily paper and former publishing companies: McClatchy, Tribune Media, A.H. Belo and Graham Holdings.

Gannett already owns 27% of the Cars.com, and the buyout would value the whole business at about $2.5 billion. Gannett shares climbed 4.4% to $34.32 this morning, raising the market value to about $7.7 billion. The shares propelled to the extent that 9% in after-hours trading before settling over to unaltered later on. Shares of McClatchy climbed 21% to $5.50 nightfall regardless were up very nearly 13% later in the day. A.H. Belo climbed around 5.2% (after-hours trading). Tribune and Graham were remained unchanged.

Gannett and Cars.com both declined to comment on the buyout.

Cars.com is one of the leading online sites for research and shopping for new and used cars. Established in 1998, Cars.com permits clients to compare prices and models, read reviews and see online value offers from various nearby dealers. Most of its revenuew comes from classified ad sales to dealers. It offers a free posting offer for those who want to use the site, but later on charges when it surpassed extra days after the first month and for other premium options related to advertisement such as photographs.

Bloomberg reported the acquisition announcement could be done by Tuesday. It is reported that the owners other than Gannett will have five-year agreements with Cars.com that permit them to proceed get revenue for advertising in their separate locales.

The acquisition of Cars.com would help Gannett fill the gap left by reduced advertising incomein its print publications. Gannett additionally holds a much larger stake in a venture with Tribune, McClatchy and Microsoft that owns Careerbuilder.

“CareerBuilder and Cars.com, being a digital version of classified advertising, (are) a key component of the publishing business,” says James Goss, managing director Barrington Research Associates in Chicago. “It does fit in very well.”

Goss remarked that Gannett wishes to keep its publishing business the core, “It hasn’t been looking to abandon publishing,” he says. “It looks to be stabilizing it and growing the areas that can be grown.”