The GameStop story that has got everyone excited with its David and Goliath undertones needs a telling.

GameStop is a US-based retail chain store selling video games CDs, consoles, and other related electronics. With the gaming world becoming more tech-savvy and moving totally online, gamesters included, GameStop was not exactly thriving. Added to that was the Pandemic that shut down most cities for almost a year, and we have a retail brand in trouble.

In come the shining knights in armor—the metaphorical ones that operate on Reddit. In this case, subreddit peopled by almost 4 million that call themselves Wallstreetbets. Here everything to do with investments, stocks, trading, hedging is discussed, recommended and discarded.

With GameStop not doing well on the market, all investment companies were betting against it. In other words, they bet short on it. Short selling or short-sellers are those who borrow shares and sell while hoping the price would fall further so they will be able to buy the shares at a lower price and return the shares to the lender. Short selling is a widely accepted practice. Well-known hedge funds like Melvin Capital and Citron Research got interested in GameStock shares. They bought shares in the company and were waiting for the prices to fall further for a buyback. 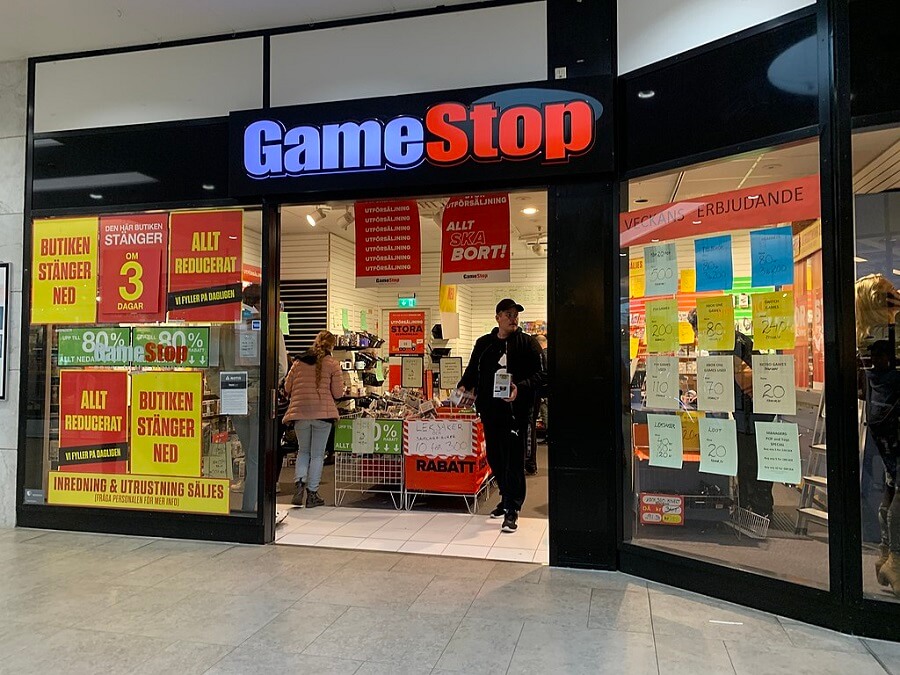 But the Wallstreetbet forum got active and started chattering on what was happening to the beloved gaming company of many who had grown browsing these stores.

The group members decided to in turn ‘short squeeze’ the investors. Shares of GameStop were lapped up by the group members, thereby pushing up the prices. The economics was simple, higher the demand, more the price.

Now the shares are definitely more in demand than the hugely popular FAANG – Facebook, Apple, Amazon, Netflix and Google – group of stocks. Shares of GameStop have surged from $19 on December 31, 2020, to $134.84 on January 27 – a gain of nearly 1,745 percent. The surge has got nothing to do with market fundamentals and more to do with sentiments.

This throwing of the gauntlet by the Redditers has led to a massive loss for Melvin Capital and Citron Research and others.

As mentioned, short sellers bet on the price falling so that they can buy the shares at a lower price and cover their short positions. But if the price starts rising, then they have to pay more to cover their shorts. And if. It happens like it has for GamsSpot, then the losses could be in millions of dollars and some say that it could even lead to shutting of shop for some.

The concerted efforts of the followers of Wallstreetbets pushed GameStop’s share price from $43.03 on January 21 to $347.51 on January 27 – a gain of over 700 percent in just five trading sessions.

Melvin Capital announced that it has closed its GameStop position but added that they were very much operational. However, market intel says that hedge funds like Point72 Asset Management and Citadel have extended a $2.75 billion financial lifeline to the fund amid reports that Melvin Capital lost around 30 percent in the January fortnight.

Renowned short-seller Andrew Left of Citron Research also went short on GameStop’s shares when they were trading at around $40 apiece, and announcing that the shares would fall to $20. Some emotional betting got in the way of his predictions.

Elon Musk added to all the drama by tweeting—“Gamestonk” and referring to the subreddit forum.

The amateur investors, on the other hand, won the round hands down by showing the power of a collective approach.

Wall Street commentators have called it a “phenomenon”, “insane”, and like “nothing [they’ve] ever seen”.

Analyst Neil Wilson says some of the traders had a “peculiar vigilante morality”.

“They seem hell-bent on taking on Wall Street, they seem to hate hedge funds and threads are peppered with insults about ‘boomer’ money.

“It’s a generational fight, redistributive and all about robbing the rich to give to the millennial ‘poor’.”

Some people on the forum said they donated their earnings to charity afterward.

Anna Domanska
Anna Domanska is an Industry Leaders Magazine author possessing wide-range of knowledge for Business News. She is an avid reader and writer of Business and CEO Magazines and a rigorous follower of Business Leaders.
« Auto chip shortage may have domino effect in smartphone industry
Tesla reports its first ever annual profit »
Leave a Comment
Close