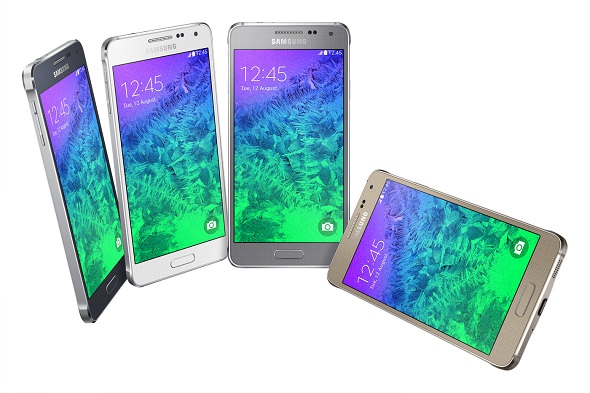 The new full metal-framed Galaxy Alpha on Wednesday, the latest in its line of Galaxy smart phones.

Finally the Korean electronics giant Samsung is making an upgrade from plastic to metal after the plastic design of its smartphones has been held accountable for the company’s recent battles.

The company unveiled a full metal-framed Galaxy Alpha on Wednesday, the latest in its line of Galaxy smart phones.

“With an entirely new appearance, the Galaxy Alpha focuses on both beauty and functionality combining a stunning metal frame and slim, light weight design with the same powerful hardware and features users expect from a flagship Galaxy mobile device,” says JK Shin, head of Samsung’s mobile communications, in a release.

According to Samsung’s website, the new flagship device features a vibrant 4.7-inch, 720p Super AMOLED display and boasts of a notably slim profile, it’s just 6.7mm in thickness and the metal frame weighs in at just 114 grams. The new Samsung Galaxy Alpha runs Android 4.4.4 KitKat, the latest version of the Google operating system. It includes an octa-core 1.8GHz Exynos 5 processor, 2GB RAM and 32GB of internal memory, notably missing is a Micro SD expansion slot. It also features a 12MP rear camera and a 2.1-Megapixel one for the front with 1080p recording capabilities and a fingerprint sensor, which was first introduced in the Galaxy S5.

The Wednesday release of the latest Galaxy Alpha smartphone comes after an onerous second quarter for Samsung. While Samsung’s overall smartphones sales increased by almost 27 percent, its shipments declined. The company also appointed a new head of its design team in May.

Samsung has pitched the new smartphone as the evolution of Galaxy Design that is entirely new when compared to the design of its existing products; however the Alpha keeps the same oval-shaped home button that still makes it look very much like a Samsung smartphone with the same dimpled plastic back cover. Just the frame of the phone is actually metal and for some, the changes Samsung has made aren’t nearly good enough.

“It feels very much like an experiment to me, like so many other Samsung devices in the past,” Jackdaw Research analyst Jan Dawson said.

There’s no word on pricing yet, but Samsung say the Alpha will see a September launch and will be available in black, white, gold, silver, and blue. Samsung is expected to disclose more about the new flagship device after the launch of the new Galaxy Note phablet on September 3.

Anna Domanska
Anna Domanska is an Industry Leaders Magazine author possessing wide-range of knowledge for Business News. She is an avid reader and writer of Business and CEO Magazines and a rigorous follower of Business Leaders.
« Apple Bans Use of Two Harmful Chemicals from Assembly Plants
Google Acquires Travel Guide App JetPac »
Leave a Comment
Close