G4S of UK to merge with Allied Universal in a deal worth £3.8 billion

UK security firm G4S will be acquired by its North American rival Allied Universal in a £3.8 billion deal. Allied was the final winner in the months-long battle that saw other rivals such as GardaWorld also in the fray. Allied, backed by private equity firm Warburg Pincus and Canadian pension fund, Caisse de dépôt et placement du Québec, got the approval of 79 percent of investors for its 245p-a-share offer, which the G4S board agreed to in December.

The takeover “provides shareholders with an attractive premium, while securing the future success of G4S for employees, customers, pension scheme members and other stakeholders”, the UK group’s chairman, John Connolly, said in a statement. Once all the legalities are met, the FTSE listed company will move from the London stock market. 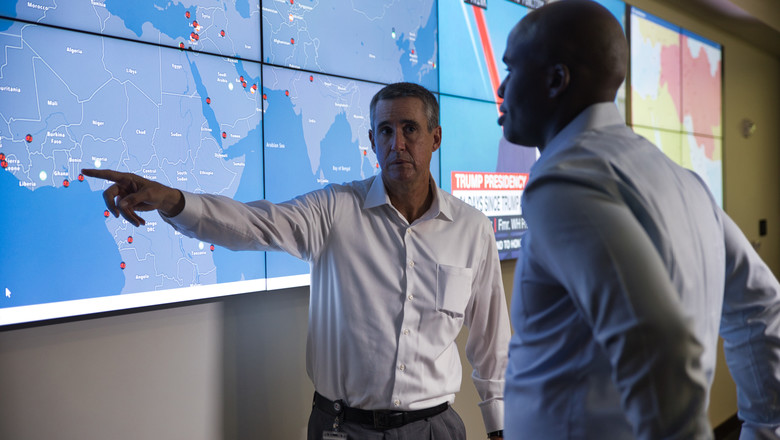 Canadian-based GardaWorld started the takeover bid in September. It ended its acquisition attempt last month with a declaration that it ws not ready to pay the £3.7 billion bid for the company, which it said had faced “scandals, crises and lawsuits”.  “We are disciplined buyers and we will not overpay for a company with systemic [environmental, social and governance] issues that continue to come to light,” said Stéphan Crétier, founder and chairman of GardaWorld. “There are better and less risky opportunities available to GardaWorld.”

Allied last week lowered the threshold for the deal’s shareholder approval from 75 percent to 50 percent plus one share. Allied is smaller compared to GS4, with revenue of £6 billion versus G4S’s £7.8 billion. The directors of Allied Universal and G4S said the combined company would create a “world-leading integrated security business with revenues of approximately $18 billion.”

The merger of the two companies will create the largest army of private security guards with 750,000 staff in 80 countries. The deal will attract a lot of scrutiny as GS4 provides security details for government institutions — including the management of prisons in the UK and South Africa, security for 40 US embassies and the Pentagon as well as guards at rock concerts, sports events and offices.

G4S’ removal from the stock market will mean the British outsourcer is not subject to the public scrutiny required of listed companies.

GS4 has been in the news for its handling of prisons. In 2019, the government ended its contract for the management of Birmingham prison seven years early, after inspectors found the jail “exceptionally violent.”

California-based Allied has been on an acquisition spree, buying 70 businesses over the past nine years as it tries to scale up in a growing market. The increasing number of terror attacks and the outsourcing of prison management and police work and other such security activities to private companies have led to a burgeoning of opportunities for security companies.

However, Allied revealed that it will divest G4S’s care and justice unit, which runs prisons and detention centers in the UK, South Africa and Australia. It is also planning to get rid of G4S divisions in Iraq, Afghanistan, Sudan and Uganda.

Allied also plans to retain Ashley Almanza, a G4S chief executive since 2013, with a short-term £2 million contract and a share payout of up to £15 million.

Allied Universal said in a statement that it will maintain a UK headquarters in London that will serve as the “Enlarged Group’s” headquarters for all international operations outside of North America.

The takeover has raised concerns in the US from trade unions amid concerns that it could harm working conditions for hundreds of thousands of low-wage security guards worldwide.