G.E. to Sell Its Appliances Business to Electrolux for $3.3 Billion 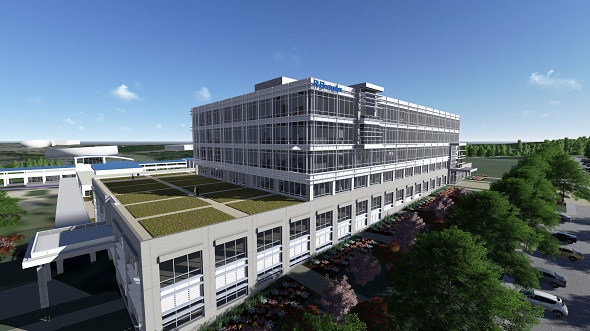 US conglomerate General Electric said on Monday that it has agreed to sell its appliances business for $3.3 billion in cash to Sweden’s Electrolux, going separate ways with the extremely old division that gave birth to the washer-dryer and the toaster oven.

The acquisition is expected to altogether reinforce Electrolux’s growing business in North America and imprints the most recent in proceeding with efforts by Jeffrey R. Immelt, director and CEO of G.E., to focus the corporation on its core industrial businesses.

As per the terms of the deal Electrolux would continue to use the G.E. Appliances brand name. The organizations confirmed in August that they were in talks.

G.E. had initially attempted to sell the division six years ago, when Electrolux and the Asian companies Samsung and LG were among organizations in negotiations with the American industrial company. Yet those discussions came apart in the onset of the 2008 financial crisis.

The deal, which is Electrolux’s biggest ever, gives the organization company “the scale and opportunity to accelerate our investments in innovation and global growth,” Keith McLoughlin, the president and chief executive of Electrolux, said in a news release.

Electrolux which is one of the world’s biggest manufacturers of home appliances and industrial equipments, posted sales of 109 billion Swedish kronor, or about $15.3 billion, last year. G.E’s. appliances division generated $5.7 billion in revenue in the same period.

The Swedish organization draws almost 50% of its sales from the U.S., with kitchen appliances making up 60 percent of sales. The consolidated Electrolux-G.E. Appliances would have around 73,000 employees around the world.

The organization has sold or spun off a few of its noncore businesses lately, including NBCUniversal, its TV and media business, to the Comcast, for $30 billion in 2009.

In July, G.E. spun off its North American retail finance division, now known as Synchrony Financial, in an IPO.

The acquisition to Electrolux “is consistent with our strategy to be the world’s best infrastructure and technology company,” Mr. Immelt said in a news release.

The appliances division of General Electric dates back to its initial days. It unveiled the first electric toaster in 1905 and the first electric range, the Hotpoint in 1910, first electric washing machine in 1930. However the unit has been predominated by other G.E. business lines lately. Appliances and lighting represented just around 6 percent of the organization’s $146 billion in income in 2013.

The transaction would additionally incorporate a 48.4 percent stake in Mabe, a Mexican appliance manufacturer. For almost 30 years, G.E. has worked a JV with Mabe to outline and manufacture appliances. Electrolux said it anticipated an annual cost savings of about $300 million if the deal is completed.

Anna Domanska
Anna Domanska is an Industry Leaders Magazine author possessing wide-range of knowledge for Business News. She is an avid reader and writer of Business and CEO Magazines and a rigorous follower of Business Leaders.
« Alibaba Plans to Ink History with the Biggest US IPO Ever!
Home Depot Data Breach Could Be Worse than Target »
Leave a Comment
Close

Experts believe that although EV stocks initially benefited from the optimism prevalent in the market, supply chain issues and high prices have put a dampener on demand for electri
10 hours ago