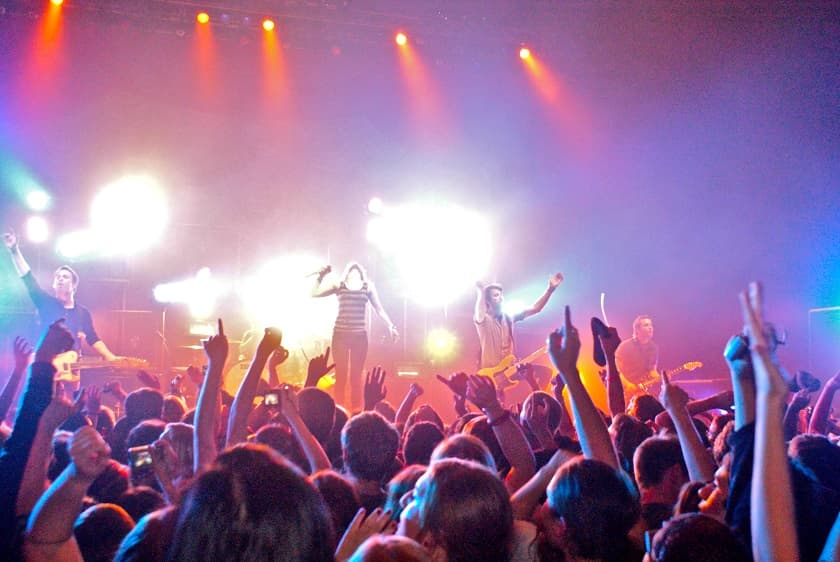 Are we nearing the end of music streaming apps?

Every time she chooses to dig into a music magazine, Alicia Woodham realizes just how significant music streaming is in her life.

“I probably hate going through music magazines nowadays because when I come across a blurb related to records, all I want to do is push the image and start listening,” says Woodham, a music student, who also happens to be a huge Beyoncé fan. “It is a mere hint that based on immediacy and suitability, there is an absolute no need of shoving the genie back in its bottle.”

Not so long ago, the most convenient method to find the music used to be jumping in your car and drive to a store. Now the method of convenience has been replaced by Streaming Music and Google Search. The tech gargantuan like Apple, which is known to have the world’s largest music store, cannibalized its very own music sales the ‘iTunes’. That is how we got Apple Music. Maybe, it is an indication of where the future of the music industry is heading up to.

Since the time when Pandora Internet Radio established in 2000, and then in 2011 when the U.S. music industry marked the entry of Spotify, the music streaming on-demand service has rapidly surpassed downloading as the foremost way individuals listen to music. Digital album and track download sales in 2014 were recorded for 113.2M out of 227M total sales including vinyl and CDs form of physical music.

The business model of the entire music industry, in major segments of its history, has been quite hassle-free. Music label used to serve as a bank to control and finance royalties, production, and distribution along with other expenses required for making music, by organizing agreements with artists. The cycle continued until iTunes entered the big picture, Apple changed the market norms as it started paying royalties to a song label or artist based on every download.

Spotify for instance enters into agreements based on a short term with the major labels and loads them with millions of dollars in exchange for assigning the entire catalog of the label on Spotify. The amount is known as miscellaneous income, which is not shareable or assignable to any particular artists.

At present, the entire business model is absolutely different. For beginners, Woodham says, “Artists no longer require a label for releasing an album. Earlier, they needed distribution to publicize their piece by signing with labels. Now, it’s a bedroom task.”

Says Nate Darwin, a music professor, streaming magnifies significant question: Who gets to plant a price tag on streaming culture?

“For Internet access, if you are paying over $100, and the similar amount for a monthly plan on mobile, how much does a streaming subscription cost?” Darwin questions. “This is a major issue for music on demand, which remains, yet, to be resolved.” He adds further.

Pay for What You Listen… Hell, Lot of Money!

To provide a model of comparable sales, including the ones not marketed via streaming, the music industry designed, and the amount of streams required to match the US $7.50 downloaded album or CD’s wholesale revenue. In 2013, 1500 streams were equivalent to one album, such albums made $46.9M in sales, by the year 2014. Every year the equivalent amount doubles with overall sales, accounting 8M in a year with a figure of 235M to 227M.

As we are switching to music on demand via online sources, for instance, YouTube, MOG, Apple Music, Spotify, Rhapsody, etc., the format of songwriting is prepared to have another blow on culture and content, especially over younger fans of music who considers music as more of an online stuff based on subscriptions.

Yes. This latest phase of music intake, represented by online services, which allows you to listen for free of cost, or charges for subscription on a monthly basis, or based on per listener, per- song payout via customizable Internet-based radio stations, is exactly what music lovers who are bored of flashy pops and one-hit wonders need. On-demand streaming music services have carved their own niche by building an incentive of ‘Pay for only what you actually listen’ into the world of the music industry to create works with lasting value.

Typically, the terms below, which the record labels work out with the online streaming services, when a particular song is streamed, 60% of the income goes to sound recording owners, 30% goes to the streaming service itself, and remaining 10% is provided to publishers and songwriters. Pandora, the Internet radio site, by far, is the service that holds largest publishing copyrights get the lowest per stream, which is a thousandth of a cent.

Everyone is aware why high-profile artists like Jay-Z and Taylor Swift have reportedly pushed back against the music on demand model. It is not easy to sit back and hope for your songs to get streamed over 1,000 times in order to make the same amount of money, which you once made on a basic 10-track album. Tough, isn’t it?

Both high-profile singers aren’t fighting against the concept of streaming, but against the business model, which pays fractions of cents per stream.

Jay-Z, in March 2014, launched an independent music on demand service-Tidal. The service aimed at changing the course of entire music history, but so far, the course has been hard for the service since its launch, and as a matter a fact, has been subjected to a heavy criticism. So far, the company has lost two CEOs and with a strict subscription plan, $10 per month, it competes with free websites and versions of streaming services.

On the other hand, Taylor Swift has received a fair amount of success while dealing with the matter of streaming. As an outspoken adversary of streaming and file sharing as debasing music, she has held her work from music on demand services such as Spotify. Not only this, she also threatened to hold back her mega-hit ‘1989’ record from Apple Music. The iOS giant, to its credit, promised to pay for‘per stream’ basis to all artists in response.

As the business of music, began expanding, gradually and agonizingly, across the digital age’s rack, the convenient spot amid the royalty flow of music for the songwriters started deteriorating. The outrageous decline in sales of the album, the result of the shift to digital retail from brick and mortar, and now the music on demand trend, has given a major blow to mechanical royalty income of songwriters.

So far, the royalty rates for performances, which songwriters demand from streaming services, for instance, YouTube, Pandora, Amazon Prime, Apple Music, Spotify, etc, are lower than the payouts offered by terrestrial radio in most cases.

Redefining the form of an art is nothing new, nor is the idea of streaming that started processing in the late 1930s with lift music. Now that the music on demand has taken off, will it be only 3 choruses? Will the form of song react?

Will it mark the comeback of the ABAB song structure with weight balanced sections?

Pre-chorus? Do we really have time in this busy era for anything arriving in “PRE”?

So basically, what might have happened if PSY’s ‘Gangnam Style’ feature had been 1 minute, 15 seconds long instead of actual length 4.13? Would it not have been as ‘enjoyable and better’? We don’t know, but for the time being, how much of Psy’s popular hit can you sing back? Probably, it’s not worth length 4.13. The South Korean songwriter was definitely left with heaps of dollars on the table carrying views and hits in billions, now that is a hell lot of money!

For now, which is perhaps the first instance ever, the music economics is favoring long-term quality content over a flashy introduction.

After all, it’s a Fan-Based Industry

The focus of music industry on smartphones has resulted in an arrangement of acoustically bargained scenarios. Music aficionados have been forced to put together home audio systems that are dysfunctional, for instance, iPhones connected into old-age stereos, laptop speakers that are highly inadequate, etc. The entire experience of listening at home, which used to be a bastion of eminent fidelity perfection, was ostracized to an afterthought.

But the transformation is in progress. Smart speaker systems, which are capable of superior audio fidelity and can be connected to the Internet, are now revolutionizing the way how music arrives at people’s home, assisting unprecedented multi-user, multi-room, and multi-source listening experiences, and making the home, once again a best place to discover and enjoy the music via streaming.

Another fundamental switch resides in music creators discovering a fresh way to be heard and to create more connected and deep relationships with their listeners. It is a new standard, which requires an enhanced and different approach for music promotion and curation, but one that provides exponentially improved control to artists over the method their creation is experienced. Music lovers of today demand a more practical engagement in shaping their personal bond with the artists and the music they love.

With the digital age of smartphones and smart speakers in between, the absolute potential of music streaming to notify the creative process stays infinitely promising and untapped.

The future belongs to those who can establish the most seamless link between the audience, the artist, and their work. It will be the music artists who will be responsible for defining how the future of music on demand is going to look like.