Zunum Aero, a hybrid electric aircraft startup has received a huge round of investment from the aerospace giants Boeing and Jetblue. Zunum Aero was founded three years ago by the Indian-origin entrepreneur Ashish Kumar in Kirkland, Washington. The start-up is developing an innovative electric hybrid aircraft that would bear potential for high performance and wider aerospace applications.

HorizonX is a venture capital unit of Boeing which is also joined by Jetblue that invested in the aircraft start-up Zunum Aero. However, the investment amount is not yet disclosed.

Out of 13,500 airports in United States, only 140 of the largest airports attract the major traffic. People usually avoid air travel on shorter trips for they have to get through a long way, at the major airport to catch the flight. This is really fussy for you have to extend out of your way. The Zunum is attempting to bring a solution to this by developing more efficient flights that suit better to short-haul routes. 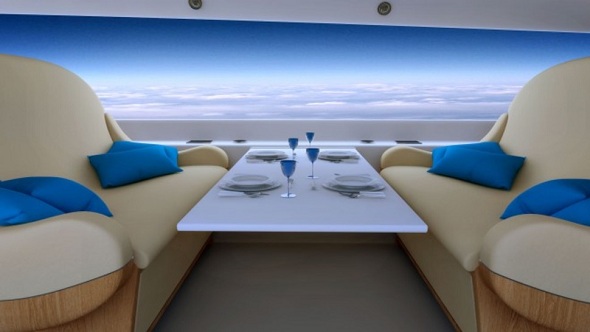 The three-year-old startup is building an aircraft that owes a capacity of 10-50 passengers and travel up to 700 miles. The travel distance would extend up to 1000 miles by 2030. The aircraft start-up is tending to focus on the flight hubs that are smaller but still gets costlier to fly to the destination than metro hubs.

The hybrid jet giant will cover the airports outside metro that have less traffic. After all, the busy metro flight hubs have sufficient flight carriers for you to board.

The aircraft by the Washington-based start-up with not use fuel to fly. The electric development of the airplane structure would reduce the cost 40 to 80 percent below current retail price. Moreover, the aircraft will support hybrid propulsion that will result in 80 percent lower emissions, claims the company. Zunum is trying to replace the aircraft’s combustion engine with a high-power battery that may consequence to zero emission.

Zunum expects to bring the plane on the tracks by 2020, while the prototype is to be completed in next couple of years. Currently, the aircraft giant is dealing with Federal Aviation Administration for the development of certification rules for the electric jet.

The automotive industry is heading towards the development of electric vehicles. Many giants have recently announced their electric cars. But the electric aviation is a bit more challenging due to battery weights and certain regulatory requirements. Still, many companies including Zunum are making moves toward the advancement. The giants like Siemens, Airbus and MagniX took some steps in testing their light weight electric aviators.

Boeing is supporting the Zunum aircraft by using the Upskill’s software Skylight that would help reduce production time by 25 percent for the technicians.

The Zunum Aero founder, Ashish Kumar is a pioneer in the field; bearing a rich portfolio. He has played leadership roles in giants like Microsoft, Google, Dell, and McKinsey. He also held his support in the launch of Aeroxchange, the largest electronic marketplace for the aviation industry. Led by Ashish Kumar, we expect Zunum’s attempt towards the challenging development of the hybrid electric airplane hit a gold standard.

Christy Gren
Christy Gren is an Industry Specialist Reporter at Industry Leaders Magazine; she enjoys writing about Unicorns, Silicon Valley, Startups, Business Leaders and Innovators. Her articles provide an insight about the Power Players in the field of Technology, Auto, Manufacturing, and F&B.
« Prumentum Group is Developing a Hybrid Robo for Wealth Management
London Economy Going Down the Slide Post Brexit »
Leave a Comment
Close

The COVID-19 pandemic has seen a resurgence in recent weeks and talks of normalcy are still far away, even with the vaccinations. For invest...
10 hours ago