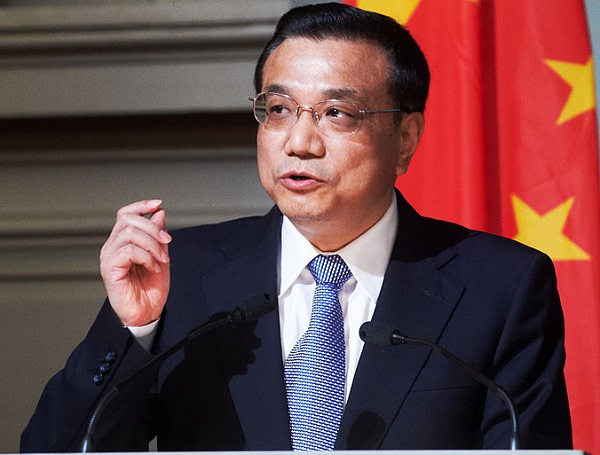 China’s Premier Li Keqiang surprised analysts as he announced that further stimulus measures to foster growth were unlikely. Certainly, this new approach is surprising for many analysts, taking into account that Premier Li Keqiang underlined that the world’s second economy should have faith in market mechanisms. The statement of the prime minister dealt a lethal blow to some investors’ hope that China will take more aggressive steps to boost the economy.

Shockingly, China’s Premier Li Keqiang underlined that the authorities would not use stimulus measures to foster growth, instead market mechanisms should be more trusted and applied, adding that: “If there in an over-reliance on government-led and policy driven measures to stimulate growth, not only is this unsustainable, it would even create new problems and risks.” Thus the shift in the government’s approach is surprising for many analysts who note that China’s Premier Li Keqiang admitted also that the world’s second economy faced headwinds. Indeed, latest figures on factory output and investment showed that the China’s economy went through tough times in April. Reverting to a subject, the aforementioned approach was voiced by Li Keqiang at the official meeting held on the 13th of May, yet it was made public later.

The fact is that this stance, which was presented by China’s Premier Li Keqiang, is one of the most distinct stands in years, showing that the new government has another vision of the recovery and economy in general. More important, the new stance also indicates that the world’s second economy will neither increase its expenditure nor reduce interest rates unless something big or unexpected happens.

However, this shift in the approach does not mean that China will not be interested in the further expansion. It simply means that analysts and investors should not expect the government to use large-scale stimulus measures, but other steps are likely as the growth rate for the first four months of 2013 was not satisfying.

According to the China’s Premier Li Keqiang’s statement, the government aims to focus on development, delivering high-quality service and reforms in the justice system. It seems that the government of the world’s second economy is finally ready for the process of the power decentralization.

Analysts have been calling for the power decentralization for a long time, yet the recent announcement is even for them a real surprise. However, they also call attention to the so-called “administrative monopoly” which is believed to be one of obstacles standing on the way to growth. Interestingly, China’s Premier Li Keqiang holds the same opinion, thus we can expect essential reforms in the future.

With economic growth of 7.7 percent in the first quarter and the full-year projection of 7.5 percent, analysts are scrutinizing and eyeballing steps of the world’s second economy with great interest.

Some analysts had projected the move made by the China’s prime minister, underlining that the government would introduce more aggressive approach only in case of a harsh slump in growth.

Anna Domanska
Anna Domanska is an Industry Leaders Magazine author possessing wide-range of knowledge for Business News. She is an avid reader and writer of Business and CEO Magazines and a rigorous follower of Business Leaders.
« France to impose ‘cultural tax’ on tech giants to fund cultural projects
Abenomics works as Japan’s GDP grows at 3.5% in Q1 »
Leave a Comment
Close