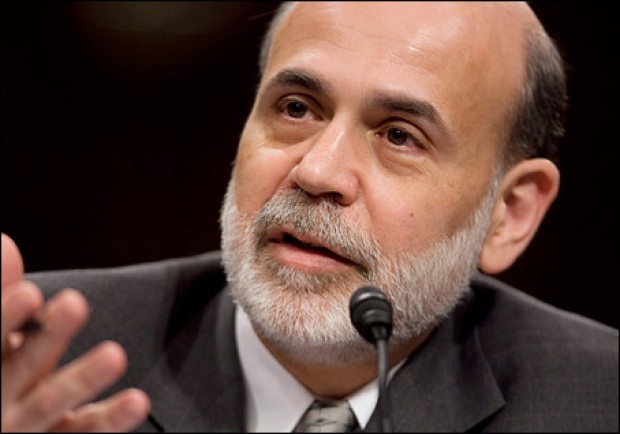 Federal Reserve Chairman Ben Bernanke indicated yesterday that a third round of easing is an option if economic conditions worsen further, after a meeting in Washington with U.S central bankers, while policy makers agreed to complete $600 billion in bond- buying as scheduled this month in the second round of quantitative easing.

Voicing hopes that the U.S economy would soon recover from the manufacturing set-backs caused by the Japan earthquake, Bernanke also said, “We don’t have a precise read on why this slower pace of growth is persisting… some of these headwinds may be stronger and more persistent than we thought.”

Earlier this month, Bernanke had voiced concerns about “frustratingly slow economic recovery”, following the release of data regarding low employment levels and decline in consumer spending, sparking off fears that the world economy might be faltering.

However, while at this previous instance, Ben Bernanke had steered clear of any reference to further quantitative easing, dubbed QE3 by market experts, after yesterday’s statements, it seemed that the Federal Reserve might be keeping its options open in terms of the different ways in which the Fed could aid economic recovery.

While stating that the Federal Reserve would be “prepared to take additional action, obviously, if conditions warranted”, Bernanke also voiced concerns that high unemployment, the housing market slump, and weaknesses in the financial system could hold back longer term recovery.

Given this scenario, Bernanke said that the Federal Reserve could exercise the option of buying more bonds or cutting the interest rate it pays banks on excess reserves held at the central bank.

He added that the Fed could further aid economic recovery by pledging to hold interest rates at record lows for a longer period of time.

This was echoed in the decision yesterday by the Federal Reserve to leave its benchmark interest rate in its current 0 to 0.25 percent range, reinforced by a statement by policy makers of keeping borrowing costs low “for an extended period”.

What the “extended period” would mean was further clarified by Fed Chief Bernanke in his statement that “the thrust of extended period is that we believe we’re at least two or three meetings away from taking any further action… And I emphasize at least. But depending on how the economy evolves, and inflation and unemployment, it could be… significantly longer.

While the Federal Reserve predicted that “Inflation will subside as the effects of past energy and other commodity price increases dissipate”, the Fed also forecast an increase in inflation from 1.3% to 1.6% as per its April forecast 1.5% to 1.8% yesterday, based on figures from the Commerce Department’s core personal consumption expenditures price index. These increases exclude food and energy prices.

Unemployment forecasts have also been raised by policy makers from the 8.4% to 8.7% April prediction of to an average of 8.6% to 8.9% in the fourth quarter of this year.

The McPlant Burger is coming to nearly 600 McDonald’s outlets in the Bay Area and Dallas-Forth Worth starting February 14.
4 hours ago

In a 2019 internal document obtained by Recode, many employees attest to being demoted, ostracized, or assigned to less desirable projects for speaking out.
5 hours ago