Fuels of the future. Neither dream nor whim – just necessity 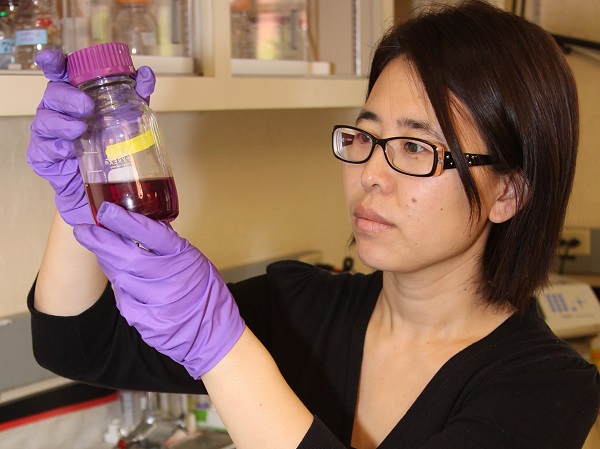 Fuels of the future are not whims – they are just necessity

depleted, those from difficult sources will also run out. If we put all our energy

and resources into continued fossil fuel extraction, we will have lost

an opportunity to have invested in renewable energy.”

We are standing at this point when we just have to either find or develop the fuel of the future. The fact is that mounting concerns over climate changes push us to look for alternative fuels or just fuels of the future. The need is even bigger when we take into account the fact that all reserves of known fossil fuels are slowly running out…

With more advanced technology, we still use staggering amounts of fuels and it seems that nothing will change it in the near future. As today’s fuel sources will not be enough for humankind to further develop or even survive, scientists have been looking for alternatives. Indeed, nuclear power appears to be one of them, but after the recent alarms and accidents, including the latest example of the distressing Fukushima crisis in 2011, the source has fewer and fewer advocates.

It might be surprising for many but the fact is that we need desperately a substitute for fossil fuels as available alternative energy sources might not be simply enough to secure our uncertain future, taking into account the speed of technological progress! Therefore there is an increasing necessity of developing the fuel of the future which will have the best qualities and at the same time it will not endanger the environment.

Scientists are more certain that they will be able to replace traditional fossil fuels as human consumption of it carries increased danger of emergence of damages to the natural environment, including fauna and flora. Probably you are thinking that all these negative aspects of consumption of fossil fuels might be significantly reduced by the increased usage of  the so-called green cars. That is simply a big exaggeration. According to a survey by the US Energy Information Administration, the American driver will still be dependent on liquid fuels for the next 20 years. Below you will find ideas on fuels of the future which are being developed by top scientists.

Wastewater as fuel of the future

Can you imagine that the wastewater might be a source of the fuel of the future? Hard to believe, hmm? Yet it seems that it might be possible. This might shock you but electricity can be produced from wastewater, at least according to scientists from Oregon State University. In a paper issued in the renowned scientific journal, they trotted out that they had found a method which allowed them to get energy from biodegradable components of sewage with help of special bacteria.

Hong Liu, one of scientists engaged in development, underlined: “ If this technology works on a commercial scale the way we believe it will, the treatment of wastewater could be a huge energy producer, not a huge energy cost,” adding that this method might lead to significant savings.

However, before it happens, scientists need to work out an efficient way to harvest electricity from wastewater. Certainly, scientists will have to also figure out how to apply this method on large scale. To cut a long story short and not go deep in the chemical details, the Oregon State team’s technology has been working on a way to find the best way to generate electricity from wastewater. Their method of generating electricity cleans the water more effectively than the process of anaerobic digestion which is a popular source of renewable energy, not to mention that it does not produce any undesired “leftovers” as well.

The only thing left is to use the technology on large scale. The project is expected to prove that this way of generating electricity will not only be cheap when compared to other methods, thereby making it more attractive to interested businesses and institutions. They are strongly convinced that wastewater might be the fuel of the future.

Algae as fuel of the future

Another absurd? Not at all. The study on qualities of algae and the possibility of using them as fuels was launched back in the 1950s. Interestingly, the studies from the period noted a possibility of extracting a lipid produced by algae, then changing it into desired fuel. It is worth mentioning that the algae lipid has many similar qualities to what is extracted from fossil fuels (sic!).

It has been underlined in many studies that algae fuels are much more beneficial than other renewable sources. Furthermore, technology producing algae fuels will be carbon neutral which these days is so significant taking into account undesirable climate changes. In addition, it is said that algae fuels also might be added to traditional fossil fuels which is a big convenience when it comes to using them by many sectors even today.

To top it all, algae could produce substantially more fuel per acre than corn, not to mention that unlike the plant, it could be raised in adverse environmental and weather conditions, according to the findings of studies. However, all studies on technology and use of algae fuels are at a very beginning. As it has been underlined by researchers, microbial level of algae is still a big mystery. Despite the very early stage of development, many energy giants are much interested in research, just to mention ExxonMobil which decided to get involved in  a partnership  aimed at studying algae fuel extraction as well as growth methods.

Safe nuclear power as fuel of the future

You might be surprised as there are still those who believe that nuclear power might be the fuel of the future, but there is one condition – it must be safe. One of people believing in the future of nuclear power is Richard Martin. He is a big advocate of safe, green and more efficient nuclear power which cannot be used as weapons. Not surprisingly, Richard Martin in his book SuperFuel strains to reason that thorium is  this “Energy Graal” as it can secure green and safe energy outlook for humankind.

As a strong advocate of nuclear power, he once said: “There are obvious problems with uranium-based nuclear power. (…)I became familiar with thorium about four years ago, and it was one of those things that seemed too good to be true. The more I investigated it, the more I realized that thorium does offer some real  possibilities…It’s not a panacea, but it could be a critical part of our energy future.” Thus thorium is simplu expected to be a source of the fuel of the future as it is far less radioactive than uranium, making nuclear power advocates more confident about being right. Not only is Thorium safer, but it is also plentiful, they say.

Using thorium is not a dream, however the impact of military segment has to be significantly reduced to make a dream come true as Richard Martin argues. What is interesting is the fact that China has already launched its first investments in developing thorium reactors. Richard Martin underlines that a revolution in using thorium as the fuel of the future will be led by emerging markets as they need desperately new sources of energy if they want to continue to grow and strengthen.

Countries are aware that if they want to develop, they have to have access to clean, green and efficient energy, thus they are getting more involved in research on new sources of fuels. And no doubt that fuels of the future are knocking at the door.

Anna Domanska
Anna Domanska is an Industry Leaders Magazine author possessing wide-range of knowledge for Business News. She is an avid reader and writer of Business and CEO Magazines and a rigorous follower of Business Leaders.
« TESLA Motors to tap cash-paying buyers to repay Government debt
Green – the color of the future. Big Green Initiatives »
Leave a Comment
Close

Auto Industry Leaders push EV plans ahead to raise new outcomes by 2030. Environmentalists also add to the bar by shaking things with vehicle emission rules by 2026.
1 hour ago