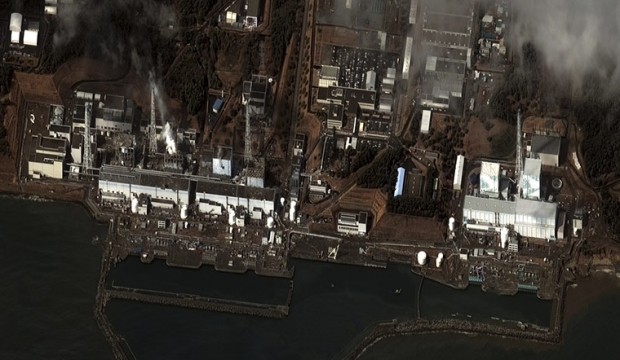 All the horror stories about the nuclear reactors in Japan going off following the massively devastating earthquake and tsunami in Japan naturally has got everyone wondering “What’s really happening with the reactors at Fukushima?”

Well, apparently, the havoc caused by the Fukushima Daiichi Nuclear Power Station’s reactors, while obviously having been caused by the over-heating of the fuel rods in the reactors due to water leaks, is also being attributed to a very large extent to the non-disposal of spent radioactive fuel rods, and the practice of storing these at the site of the nuclear plant itself.

How do Nuclear Reactors Work?

In very simple terms, a nuclear reactor uses radioactive fuel rods made of zirconium and pellets of nuclear fuel such as uranium, which react with water contained in the core of the reactor to set off a controlled nuclear reaction.

The water in the reactor gets heated as a result of the above reaction, creating 550-degree Fahrenheit steam, which powers a turbine, generating electricity. 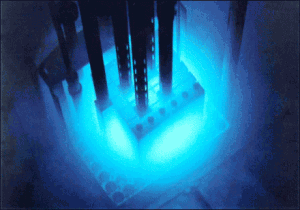 Inside a Nuclear Reactor : radioactive zirconium-coated rods with uranium pellets immersed in water

Tokyo Electric Power released figures yesterday which indicate that it is the spent fuel rods that contain most of the dangerous uranium at the power plant, not the reactor cores themselves, adding that a total of 11,125 spent fuel rod assemblies were stored at the Fukushima Daiichi Nuclear Power Station, which amounts to about four times as much radioactive material as the reactor cores combined.

In lieu of the danger this could pose during a possible calamity, many countries have taken measures to minimize the accumulation of spent fuel rods at nuclear power plants. For example, the western province of Gansu has a storage compound where spent rods from all over China are sent. In another example, Germany collects and stores these in costly super-tough casks.

Unfortunately for Japan, the indecisiveness in disposing off these spent rods, instead collecting them in temporary storage pools at the power plants, where they can be guarded with the same security provided for the plants themselves, has magnified the damage caused by the reactors manifold and is going to haunt Japanese authorities for a very long time to come.

Under normal conditions, the spent rods in the temporary pools are kept covered with 26 feet of continuously circulating water that prevents the water from getting to warm.

However, as pointed out by Robert Albrecht, an experienced nuclear engineer who worked as consultant to the Japanese nuclear reactor manufacturing industry in the 1980s, the extremely high levels of radiation above the storage pools suggest that water from the 39-foot-deep pools has started draining away quite rapidly, as a consequence of which, the 13-foot-high fuel rod assemblies have been exposed to air for hours and are starting to melt.

The temporary storage pools at the Fukushima site are now literally acting as the proverbial “fuel to fire”, with stored water in the pools having either boiled away or having leaked out of the assigned containments. And while spent rods are ordinarily not capable of generating as much heat as new ones do, reports have started coming in about some spent rods having begun to melt, releasing extremely high levels of radiation

Zirconium, once ignited, burns extremely hot and is difficult to extinguish, added Mr. Richard  Lahey, a retired nuclear engineer who helped write a classified report for the United States government several years ago on the vulnerabilities of storage pools at American nuclear reactors.

With reports of the spent rods having caught fire, speculation says that while the small amount of radioactive iodine, with a half-life of eight days would’ve mostly disappeared through radioactive decay once the rods left the reactor cores, the spent fuel rods are still loaded with cesium and strontium that can start to escape if the fuel rods burn.

Another important factor towards determining the seriousness of the situation would be whether the uranium oxide pellets in the rods stay vertical even if the cladding burns off. According to Mr. Albrecht, this might be possible since pellets sometimes get fused together while in the reactor, and if they pellets stay standing up, then even with the water and zirconium gone, nuclear fission will not take place.

Workers at the site have released built-up gases to ease pressure inside the plant, which has released some radioactive material into the atmosphere. However, experts say that this isn’t enough to be dangerous to anyone outside the immediate vicinity of the plant.

The worst-case scenario is a full meltdown, in which radioactive material eats through the various protective barriers and reaches the outside. This, experts reckon, is unlikely as long as workers can pump seawater into the plant and so long as containment structures remain intact.

Anna Domanska
Anna Domanska is an Industry Leaders Magazine author possessing wide-range of knowledge for Business News. She is an avid reader and writer of Business and CEO Magazines and a rigorous follower of Business Leaders.
« Molecular Gastronomy not just for Top Chefs anymore
Steel luxury for “green” roads!! »
Leave a Comment
Close

Walmart Inc. announced that they are looking for a new chief financial officer to replace Brett Biggs, who will begin transitioning from Walmart this year, after 22 years with the
23 mins ago

Dan Loeb’s hedge fund Third Point made a profit of about $300 million from its stake in electric car maker Rivian’s blockbuster US IPO earlier this month.
4 days ago