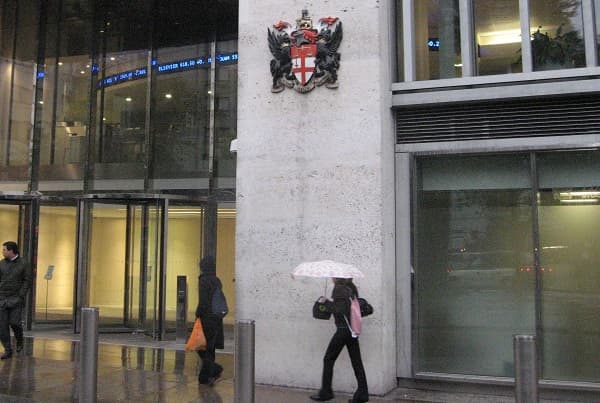 The FTSE inched its way upwards on Thursday, finally managing to settle its position following intense drops in the course of the last session, supported by a recovery among heavyweight miners who hope for a new wave of international stimulus methods from central banks.

London mining stock prices were keen on tracking more stable copper prices, which were experiencing a gain of 1 percent at a 1-month high, as the overall demand scenario with respect to metals showed considerable improvement based on the expectation of stimulus.

The amount of market speculation of extra financial action from the biggest metals consumer market, China, experienced a sharp rise after the manufacturing sector of the country saw its lowest PMI since the month of November last year.

Shareholders also maintained that the minutes, which resulted from the Federal Reserve policy meeting, held from the 31st of July to the 1st of August, and were published soon after the London close on Wednesday, were indicators that the Fed was in the process of making preparations to begin a quantitative easing scheme for the third time, quite soon.

Weighing in on the Situation

Market analysts hold the opinion that the dovish comments from the Federal Reserve were quite unexpected, especially slight hints that the next portion of QE was likely to be unlimited. They state that if the central bank decides to set a number on the probable QE amounts, the markets are prone to pricing it all in and then becoming disappointed with the resulting scenario. If no fixed figure is set,  markets will not be in a position to do that and the Federal Reserve will possess the majority of the control to make it happen.

On Thursday, the trading volume of the FTSE 100 index was 65 percent of the 90-day daily average.

Impact on the Mining Community

Randgold Resources, the gold producer centered in West Africa, was the greatest riser in the FTSE 100, up by a considerable percentage of 4.2, lifted by both measures adopted to ensure political stability in Mali and the higher cost of gold, where the flagship mine of the company is situated. Randgold recently approved of a new interim government set up in Mali in a move which brings the country a step closer to constitutional organization after the military coup took place in the month of March.

Heavyweight miners still had enough of strength even though reports came in about more disappointing sector profits. Mid cap Petropavlovsk and blue chip Kazakhmys both declared sharp drops in profit earnings. Kazakhmys was the top faller in the FTSE 100 dropping by 3.4 percent.

More than 88 percent of heavyweight miners have skipped expectations in the second quarter after earnings were lessened by more than 47 percent throughout the years. IMI too saw a loss amounting to around 2.6 percent after their engineer issued a warning that the pace of growth was likely to suffer from a slowdown in the second half of the year due to worsening financial conditions in Europe.