FTC Rejects Merge between Sysco and US Foods 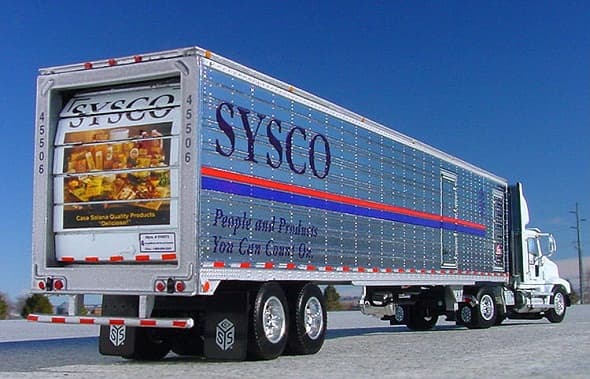 The decision is a favor of the FTC that sued Sysco in February to prevent monopoly power in the national food distribution space. The company’s deal was on the ground that would lead to higher food prices, and worsening services for customers like restaurants, and other amenities. The FTC’s argument was the fact that Sysco and US Foods hold 75 per cent of the market.

In Tuesday’s ruling, by Judge Amit P. Mehta of the Federal District Court (Columbia) said that the FTC has demonstrated that there is a probability that the proposed merger will considerably blemish competition in the national competition and local broadline markets that the equities mull over in favor of injunctive relief. It may prove to be unassailable for Sysco and US foods that have announced their plans in December, 2013.

Sysco’s Chief Executive, Bill DeLaney stated in a statement that he was very disappointed by the outcomes. The company said that it would review its opinion; but a person stated in the forum that the giant food distributor would walk away from the promised deal.

DeLaney said that they diligently pursued this transaction for nearly two years, as the company had a gut feeling that by merging Sysco and US foods, it would be a pro- competitive deal, and best for customers, shareholders, and associates. By merging two giant food distributors, it would generate about $65 billion in annual revenue.

However, the FTC argued that the $3.5 billion deal would considerably decline competition in 32 markets. Sysco firmly stated that it would fight the lawsuit, and will provide an additional clarity to its statement in coming days.

But, Tuesday’s order means that the two companies would no longer have a little room to maneuver. US Foods has already said in the court that it would discard the merger if the FTC handed down a preliminary order. In his two-page order, Judge Mehta made it clear that he believed the FTC had shown the deal, which was not in favor of public’s interest.

Sysco’s shares decline to more than 2 per cent in the market, on Tuesday netting up to $36.60.

Amazon Inc. plans to set up a pop-up clinic at its Seattle headquarters on January 24 to help vaccinate 2,000 eligible members of the publi...
15 mins ago