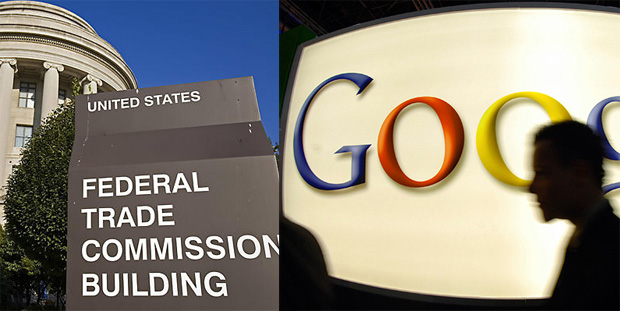 Is Google, the self-proclaimed king of the search engine world, exploiting its supremacy in the virtual marketplace in ways that give it unfair advantages in associated sectors such as online local business reviews, best-deal type online shopping, advertising, etc ?

This is what the Federal Trade Commission (FTC) will reportedly be investigating.

According to a filing by Google with the Securities and Exchange Commission (SEC), Google has stated having received a subpoena from the Federal Trade Commission as part of a government investigation into the company’s business practices.

Re-confirming this on their official blog, Google made a statement, by way of an entry by Google Fellow, Amit Singhal, “Yesterday, we received formal notification from the U.S. Federal Trade Commission that it has begun a review of our business. We respect the FTC’s process and will be working with them (as we have with other agencies) over the coming months to answer questions about Google and our services.”

While not necessarily meaning that this investigation will result in a case, the reported probe by the FTC definitely poses the potential of turning into the hottest tech-world antitrust fight in over a decade, the last one of a comparable scale being the late 1990s Microsoft case.

While some of Google’s competitors have claimed that that the no. 1 search engine company manipulates the online advertising market, others have accused Google of influencing rankings of search results in a manner that results in maximum traffic getting diverted to its own products and away from competitive offerings.

Having become the most widely used virtual gateway on the Web, the competition amongst websites to figure high on Google’s rankings is quite stiff, be these websites, selling movie tickets, giving out stock quotes or offering navigation tools. The business practices-related concern this raises amongst critics is about the manner in which the search results are ranked, and the criteria influencing this ranking. Some market experts feel that the way in which this process is carried out might be detrimental to other competitive, innovative services available on the Web, which might not be getting the kind of traffic they deserve.

Google is already facing antitrust inquiries by the European Commission on similar grounds questioning the basis of the company’s dominance.

With statistics research firm eMarketer estimating that Google is likely to control 75.9 percent of U.S. search advertising revenue this year, this instance, of the U.S Government questioning the business practices of what is currently one of America’s the biggest companies to determine whether Google is hurting consumer interest or blocking out competition, is the first of its kind.

However, Singhal has reiterated that Google has always put the user first, saying that “No matter what you’re looking for – buying a movie ticket, finding the best burger nearby, or watching a royal wedding – we want to get you the information you want as quickly as possible. Sometimes the best result is a link to another website. Other times it’s a news article, sports score, stock quote, a video or a map.”