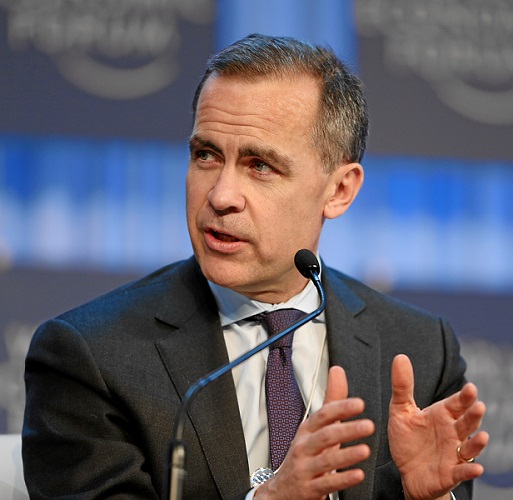 Mark J. Carney, Chairman of the Financial Stability Board seen during the Session ‘The Global Economic Outlook’ at the Annual Meeting 2013 of the World Economic Forum in Davos, Switzerland.

The Financial Stability Board (FSB), created by the leaders of the G20 economies in the aftermath of the Lehman Brothers collapse, published its finalized new rule for tackling “too big to fail banks.”

The FSB rules for Total Loss Absorbing Capacity (TLAC) will require the world’s top 30 banks to issue of as much as $1.2tn by 2022 in special debt designed to cushion taxpayer bailouts of lenders and absorb losses without threatening the global economy.

While previous global requirements have focused on equity, TLAC includes special debt which can be converted into equity when a bank goes bust. The proposal separates the liabilities essential to keep a bank running from financial debts such as notes issued for funding. Bonds converted into equity will ensure lender has enough resources to be recapitalized without using taxpayer’s money in order to continue to operate.

Under TLAC, systematically important banks will need to issue a buffer of bonds by 2019 that can be written down to raise funds equivalent to 16 percent of a risk-weighted asset, rising to 18 percent in 2022, i.e. a shortfall ranging from $490 billion to $1.2 trillion, depending upon the kind of debt. Later, a leverage ratio requirement will be levied, rising from 6 percent to 6.75 percent.

“The FSB has agreed to a robust global standard so that systemic banks can fail without placing the rest of the financial system or public funds at risk of loss. Ending too big to fail may never be absolute because all financial institutions cannot be insulated fully from all external shocks. But these proposals will help change the system so that individual banks as well as their investors and creditors bear the costs of their own actions,” wrote Mark Carney, governor of the Bank of England and chairman of The Financial Stability Board in a letter to G20 leaders ahead of their summit later this month in Turkey.

The FSB proposal comes just days after the Federal Reserve announced similar rules to make sure America’s top banks can withstand another financial crisis. As per some estimates, the largest banks in the US would need to raise an additional $120 billion to meet the target.