Ever since Frank Wang was a child, he had been fascinated with the concept of flying – of taking easy sweeps of the sky. For the graduation present, he got his first model helicopter – the kind that cost 40 dollars. He couldn’t wait to field test the big toy that would glide, pitch, soar and dive in midair. The memories say, before the model helicopter was almost vertical, flying straight up to the sun, the model helicopter crashed.

As years passed, Frank Wang has become more fascinated with flying, flying over vast meadows. Having completed initial seminar in aerodynamics, he has a greater understanding of unmanned flying drones, and a keen appreciation for the incredible genius of the early pioneers of aviation. 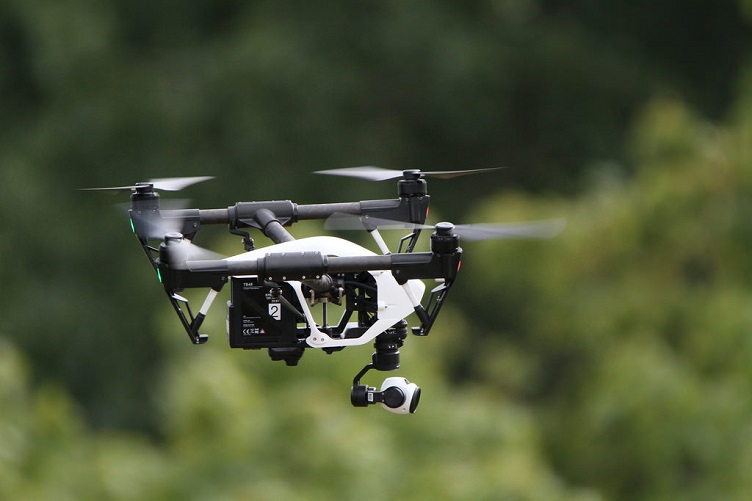 Frank Wang, 34, is the world’s first drone billionaire. He is the founder and CEO of Da-jiang Innovation Technology, also known as DJI, a privately-held drone-maker. DJI has an estimated 2015 revenue of $1 billion and a valuation of $10 billion. DJI, as a whole controls 70% of the consumer unmanned aerial vehicle (UAV) market share through sales of its trademark Phantom drones, wherein frank is said to own about 45% of DJI. Last year, the company sold roughly 400,000 drones. Its sales have quadrupled each year since 2009.

In May 2015, the Shenzhen-based drone maker inked the biggest deal in commercial drone history with Accel Partner, a venture capitalist from Silicon Valley. It secured $75 million in investment, in an attempt to bolster the SkyFund initiative. The SkyFund is a joint initiative between Accel and DJI, which aims to advance the drone developer ecosystem. Using the money, DJI can develop and amplify existing and newer technology for mapping, imaging, agriculture, surveillance, and inspection software.

Over the last three years, DJI has made it to the international headlines for all kinds of reasons. In January 2015, a small drone, called the DJI Phantom, operated by a civilian, entered into the airspace of the White House lawn and crash-landed. In one case, a Phantom 2 drone containing radiation, landed on the roof of the Japanese prime minister’s office. Another one, a DJI drone was used to sneak drug weapons, drugs, and a mobile phone into a prison courtyard outside of London.

In an interview with Forbes in May 2015, Frank Wang passed it off as irrelevant.

When young Wang was rejected by his top choices, he joined East China Normal University, and later ended up at the Hong Kong University of Science & Technology in 2003. At first, he didn’t really care much about what he was doing with his life. But, during his senior year, he found his one true love, building helicopter flight-control systems, which led him to his destiny.

Before Wang started the company, he spent three months intensively working on a graduation project. His robotics professor Li Zexiang had noticed Frank’s group leadership and technical understand, which he had brought into the group project. It was at a time when he was still enrolled in university. Of course, like any techie would do, Wang skipped all of his courses and went straight to his home in Shenzhen to work on his dream project. He would wake up at 2 p.m. and work until 5 or 6 a.m. for days at a time. Under the mentorship of Professor Li Zexiang, Frank managed to develop the unmanned miniature helicopter, which achieved world’s first flight on Mount Everest by reaching nearly to the top. This was four years ago, which led to the formation of Da-Jiang Innovation Technology – DJI, the company, which is now the biggest drone manufacturer in the world.

When Wang first started DJI, they only made flight-control system. Today, DJI drones are in use on the sets of the newest Star Wars film and Game of Thrones and its products are filling merchants’ pockets. It is quite hard to believe that only ten years ago, young Wang was launching DJI out of his dorm room.

The son of an engineer father and a teacher-turned-small-business owner, Wang is living the dream. Wang may have been a reject from the American elites such as MIT or Stanford, but the tables have turned. Today, he’s hiring the top one percent from these universities.

During the initial years of DJI, Frank had three people under his leadership: Jinying Chen, Zhihui Lu and Chuqiang Chen. Zhihui Lu was the youngest member of the team, who shut his own small company and moved to Shenzhen with only 100 dollars in his pocket to join DJI. Jinying Chen and “Thirty Thousand Chen” (Chuqiang Chen) had also given up their existing jobs to join the team. Chuqiang Chen, earned the nick name of Thirt Thousand Chen, as he was charged a penalty of 30,000 RMB for leaving his previous job, while he was still under a 3-year contract.

The company had now moved into a manufacturing hub of China in Shezhen. Wang funded the venture using whatever money he had out of his university scholarship. During that period, he also made a video of the helicopter that he had made for the college project and posted it online. The helicopter models sold for 50,000 RMB (about $6,000) to clients such as Chinese universities and state-owned power companies. These models only cost Wang 15,000 RMB ($2,000) to make. The money helped him pay well to his small, but significant team members.

By the end of 2006, DJI was selling around 20 flight controllers a month. Wang had also received an angel funding of $90,000 from a close family friend Lu Di. By the end of 2008, DJI’s drones were under developments of other cofounders.

Today’s DJI is making more advanced flight controllers with autopilot functions. They’re marketing at niche trade shows like a radio-controlled helicopter gathering in the 70,000-pop. town of Muncie, Ind. Their flight controllers cost between $400 and $2,000. Their subsidiary by the name of DJI North America, has been formed with the help of Colin Guinn. The American subsidiary will deliver drones to the mass market.

At DJI North America, Colin Guinn holds 48% ownership, with DJI having control over the rest. Over the last four years, DJI has gone on full production mode, manufacturing everything needed to create a drone. This includes parts like gimbal and remote control, frame, software and propellers. In 2013, DJI unveiled its most ambitious plan ever – Phantom. The Phantom is the world’s first ready-to-fly, pre-assembled Quad-copter . It can be up in the air within an hour of its un-boxing. It’s so sturdy, it wouldn’t break apart even after its first crash.

The ease-of-use of the drone, unlocked the market unknown to major technology companies. DJI intended to break even on the Phantom’s $679 retail price. However, when Phantom became its bestselling product, that too on very little marketing, its revenue increased by fivefold. In May 2013, DJI bought out Colin Guinn’s stake in DJI North America. This redirected all of its customer payments to the China headquarters. That year, DJI ended up collecting over $130 million in revenue.

By the end of 2014, DJI has accumulated decent funding from Sequoia Capital’s funding round. It was valued at $1.6 billion. The same year, it ended up with $500 million in revenues.

Today, 30 percent of DJI’s revenue comes from the United States, 30 percent from Europe and 30 percent Asia, and the rest from Africa and Latin America. Between 2009 and 2014, DJI’s sales have either tripled or quadrupled. It has also reached profitability and is now netting more than $140 million in profit.

Da-jiang Innovation Technology has now grown on to become the world’s largest consumer drone manufacturer. In May 2015, it closed a $75 million round of funding from Accel Partners at a whooping valuation of around $8 billion.

The demand for DJI Phantom drone’s has skyrocketed. In fact, it has earned itself a spot on the Apple Store as well. In recent times, the US paved the way by giving the green signal for commercial drone operators approved by the Federal Aviation Administration.

Da-jiang Innovation Technology has raised a total equity funding of $105 million in 3 rounds. It’s three investors include: Lighthouse Capital Management, Accel Partners, and Sequoia Capital. They have also invested an undisclosed amount in Hasselblad in November 2015.

DJI has raised more funds in a new round, at a $10 billion valuation, valuing Frank Wang’s 45% stake to be worth $4.5 billion.

Anna Domanska
Anna Domanska is an Industry Leaders Magazine author possessing wide-range of knowledge for Business News. She is an avid reader and writer of Business and CEO Magazines and a rigorous follower of Business Leaders.
« Wall Street Aims to Use Artificial Intelligence to Avoid Cons
Business Travel Guide Rio de Janeiro: Tips for First-Time Travelers »
Leave a Comment
Close