France introduces a new carbon emission tax plan that will make buyers of gas-guzzlers like Porsche and Ferrari to reconsider their purchasing decision.

EU has set a target of reducing its carbon emissions from cars by 2030 and France, which already has the highest pollution tax, has decided to double it.

France is drafting a law that will force buyers of big luxury gas-guzzling cars to reconsider their purchasing decision.

France already has the distinction of having the continent’s highest pollution taxes on passenger vehicles.

Almost all EU countries charge a pollution tax, but France’s is the highest with 20,000 euros. Belgium and Italy charge 2,500 euros.

According to the new emission tax plan, cars emitting more than 225 grams of carbon dioxide per kilometer will be taxed a maximum rate of 40,000 euros next year and 50,000 euros in 2022. The levy is capped at half the cost of a vehicle.

“This would be relatively bad news for supercars, luxury and exclusive vehicles, and a show stopper for foreign imported cars,” said Felipe Munoz, an analyst at auto-market researcher Jato Dynamics. 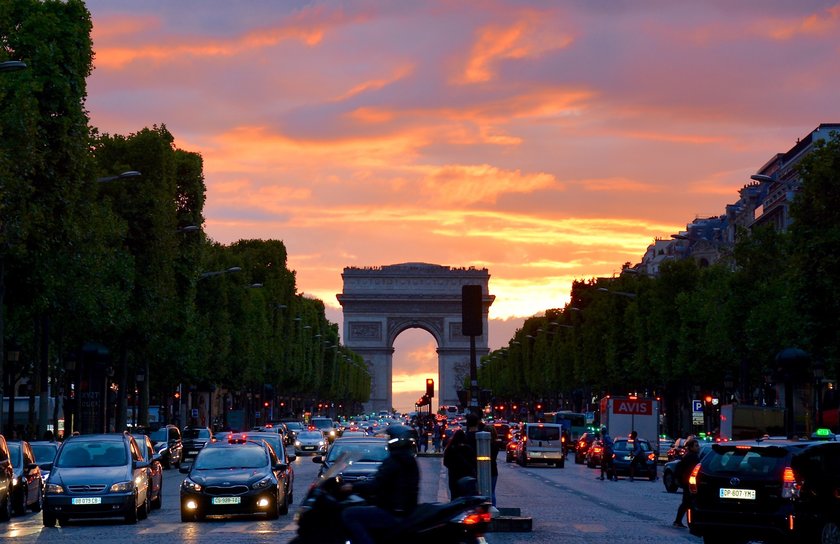 The European Union has already committed to a 2030 Climate Target Plan to reduce CO2 emissions by 55% from an earlier 40% target from 1990 levels.

The European Union has already committed to a 2030 Climate Target Plan to reduce CO2 emissions by 55% from an earlier 40% target from 1990 levels.

Automakers are being pressured to adopt EV technology and more hybrid cars to meet the said targets. The European Automobile Manufacturers Association said that to meet the EU target of 55% reduction by 2030, governments will have to build a better network of charging stations and give more attractive incentives.

Germany’s car lobbying group warned the targets would be a burden on already-struggling suppliers and hurt employment and economic growth.

The transition to electric vehicle manufacturing will lead to many job losses as assembly lines will become tighter with the need for lesser parts to put together a vehicle. Germany’s VDA ( Association of the Automobile Industry) had warned even before the coronavirus pandemic that the technology shift could lead to 70,000 job losses over the next decade.

With climate change becoming a raging issue, almost all governments are bringing in legislation to curb emissions and adopt green renewable energy sources.

Electric vehicles and hydrogen-fuel run vehicles are being given incentives and concessions for wider adoptions.

California recently announced plant to ban internal combustion engine run cars by 2035. The raging Californian fires are forcing the state to take note of carbon-emitting fuels that are leading to global warming.

China, one of the leading polluters based on coal fuel emissions, has promised to be zero-emission by 2060. It has invested nearly $30 billion into nurturing its electric-vehicle industry.

The luxury cars segment will be majorly hit by this new norm. Lamborghini, Ferrari and Porsche sports cars, along with luxury Bentley, Rolls-Royce and top-line Mercedes-Benz models will have to shell out more to be on the roads.

Models that would be subject to the full tax amount include Lamborghini’s Urus and Aventador; Ferrari’s Portofino and 812; Porsche’s 718 Spyder and 911; Rolls-Royce’s Ghost and Cullinan; Bentley’s Flying Spur and Mercedes’s AMG and G-Class cars, according to Bloomberg.

Sports utility vehicles, the most profitable models of all automakers will also have to pay higher taxes.

Hybrid and EVs may still save the day for most automakers. Porsche plans for more than half of its global sales to be fully or partially battery-powered by 2025, and Daimler AG announced plans to launch its first electrified AMG model next year.