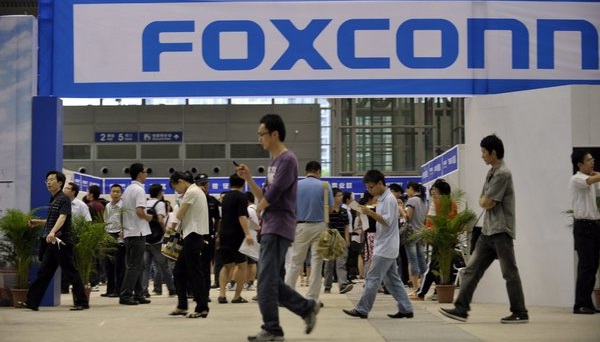 Microsoft & Foxconn came to an agreement on patents

In what many regard as a much-anticipated triumph of Microsoft Corp., Foxconn through its parent company Hon Hai has agreed to pay license fees to the US-based giant every time a Microsoft-patent is used in a product that the Tucheng-based company manufactures. Through its various manufacturing units located in Taiwan and across industrial units of China, Hon Hai produces nearly 40 percent of the world’s smartphones, tablets and other devices.

Interestingly, Hon Hai’s Foxconn is essentially an ODM or an ‘original Design Manufacturer,’ which means that the company will produce the raw structure of the smartphone/device. Its products are then customized by various companies to meet their individual concepts. In consumer terms, Hon Hai would be best explained as the company that manufactures Apple Inc.’s iPhones and iPads, Amazon’s Kindles, Acer phones and other branded devices.

What is important is the fact that Microsoft Corp. has been actively and intensely campaigning for producers of smart devices, essentially Android and Chrome, to pay them license fees for the patents the company holds. While most manufacturers mass-produce Android and Google devices, Microsoft Corp. has not targeted Google Inc. or others directly; instead it has been at the heels of large manufacturing companies such as Hon Hai which owns Foxconn.

With the massive-number of devices this manufacturer produces, Microsoft Corp. will stand to earn higher revenue through licensing fees than its direct software packages.

In addition, Microsoft Corp. also runs a licensing system for OEM firms such as Samsung, Acer, HTC and even Barnes& Noble.

Horacio Gutierrez, head of the company’s intellectual property group, underlined: “We are pleased that the list of companies benefiting from Microsoft’s Android licensing program now includes the world’s largest contract manufacturer, Hon Hai. By licensing both brand name companies and their contract manufacturers, we have successfully increased the overall effectiveness and global reach of the program.”

With this deal in place, Android devices will essentially have two levels of companies involved- at the OEM as well as ODM level.

Speaking for Hon Hai, its Intellectual Property Director Samuel Fu underlined the fact that, this licensing system was an attempt to give credit to Microsoft’s efforts. In the company’s perspective, the licensing process also allows it to contribute to the international trade agreement systems and become a part of the growing need for patent protection and implementation.

However, Google Inc. is in disagreement with Microsoft’s patent infringement practices as it is strongly convinced that neither Android nor Chrome devices are in any manner in violation of Redmond-based company’s patents. To ease the process of patent litigation, Microsoft Corp. has introduced a new tool called Patent Tracker to exclusively browse through the entire portfolio of  more than 40,780 patents.

Not surprisingly, Microsoft Corp. has alleged that Chrome and Android products intentionally and knowingly breach on several aspects of patents the giant software company holds. Therefore, persuading the manufacturer at one level as well as the OEM was the only solution matrix available so that Microsoft’s patents are not infringed upon.