Foxconn, Apple and Amazon are joining bid for ailing Toshiba Chip Business, according to multiple reports. Foxconn Chairman Terry Gou told Japan’s Nikkei Business Daily newspaper that the two American giants would be lending financial support to the Chinese manufacturer’s bid to buy the memory business. The deal could make it easier for the two companies to access memory chip patents.

The Foxconn – Apple – Amazon alliance will bid against Western Digital Corporation and its allies. In particular the Innovation Corporation Network of Japan and US private equity business KKR. VC firm Silver Lake and no less than three Japanese banks are lending support to Broadcom to make a move. It is also said that Bain Capital will bid along with South Korean semiconductor suppliers SK Hynix.

Apple’s association with Foxconn is quite intensive. Foxconn, which employs over 1.2 million workers in China, has factories exclusively to assemble Apple products. Even if you don’t have an iPhone, chances are you own a product or two that was built by Foxconn. The Nintendo Wii, Sony’s Playstation and Amazon’s Kindle Fire are some of the few products Foxconn makes. It also manufactures TVs for Toshiba and Sony, handsets for Nokia, Huawei, and Motorola, and networking equipment for Cisco. The Taiwan-based firm is the world’s largest electronics manufacturer. Among Foxconn’s clients, Apple contributes an astounding 40 percent of the company’s revenue. 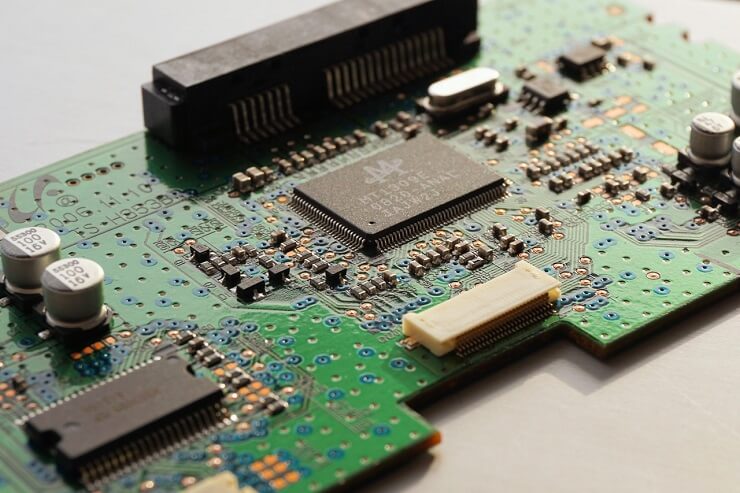 Foxconn is hoping that the Toshiba Chip Business will survive into the next century, at least, like Sharp.

Foxconn has reportedly asked for Apple’s support to back the bid. While we only have round figures, for now, it is said that the figure could be as high as $28 billion, for an $18 billion valuation.

It is quite common for a NAND company to get paid in billions. SanDisk was bought for $19 billion by Western Digital. NAND is said to be the chip industry’s fastest growing categories, with new breakthroughs coming along every month.

Presently, Toshiba ranks behind Samsung and Western Digital in NAND. With deep-pocketed suitors like Foxconn, Apple, and Amazon, there could be no turning back for the NAND company.

Recently, Foxconn acquired Japan’s Sharp Electronics for $3.5 billion. The electronics manufacturer turned a $534 million profit after losing $224 million a year ago. It is hoping that the Toshiba Chip Business will survive into the next century, at least, like Sharp.

Toshiba is in deep trouble after losing over $6 billion in the nuclear industry. It will take the best possible bid to maximize its chances of survival.

Anna Domanska
Anna Domanska is an Industry Leaders Magazine author possessing wide-range of knowledge for Business News. She is an avid reader and writer of Business and CEO Magazines and a rigorous follower of Business Leaders.
« Waymo’s Self-Driving Truck Already in the Testing Stage
Snap Acquires Placed to Improve its Marketing Aspects »
Leave a Comment
Close