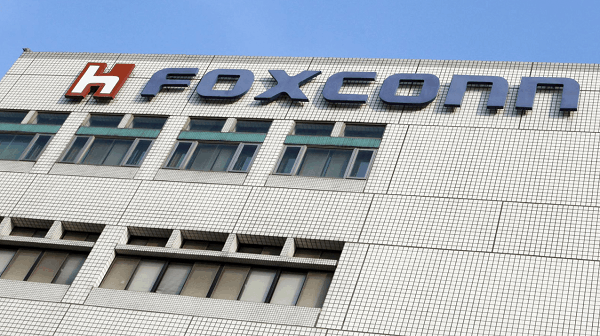 The Foxconn factory accident, that caused brain damage to a worker in Foxconn southern China plant, has thrown a harsh light on the labor rights in the country of China. Incidentally, the Apple Inc.’s largest contract manufacturer has been pushing the Chinese worker to be removed from the hospital.

Zhang Tingzhen, aged 26, is an employee of the Foxconn southern China plant who met a fatal electric shock accident sometime last year. As a result of this Foxconn factory accident, he had to undergo a surgery in which nearly half of his brain had to be removed surgically leaving him unable to walk or talk properly. He still remains under the close observation of doctors in the hospital. The Apple Inc.’s largest contract manufacturer, Foxconn, has been paying the bills for his treatment since then. Incidentally, Zhang was working on the external wall of a Foxconn factory located in Shenzhen repairing one of its spotlights when he met with the unfortunate accident. The electric shock threw him straight to the ground from a height of 4 meters or 12 feet. Since this Foxconn factory accident Zhang has undergone as many as five operations thereby losing his memory and becoming incontinent. Regular and careful monitoring is what he requires all the time.

According to the latest reports, Foxconn has begun sending text messages to the family of Zhang since July this year, threatening them to stop paying for his treatment and to remove him from the hospital. According to the Apple Inc.’s largest contract manufacturer, this move is quite justifiable under the Chinese labor law. The company has confirmed the sending of the texts revealing the fact that according to the labor law in China the worker needs to submit himself for an assessment of his disability. In the case of Zhang, this move will require him to be discharged for the hospital in Shenzhen and moved 70 kilometers to a place called Huizhou. It was in this place that we he was hired for the first time by the Foxconn southern China plant. In their response to some emailed questions, Foxconn southern China plant revealed that they were ready for the return of Zhang to the hospital in Shenzhen after the completion of the assessment. But according to the father of the victim and doctors he was not fit enough for the journey and remained in the risk of having a hemorrhage to his brain.

The Question of Labor Rights:

The incident has brought about fresh questions regarding the labor record of Apple Inc.’s largest contract manufacturer, Foxconn, which is one of the biggest employers in private sector in China. Numerous highly publicized suicides and violent outbursts of unrest from its labors have been notified frequently by the workers of Foxconn. The Foxconn factory accident and the plight of Zhang is just another example of labor treatment by the company. It also highlights the precarious and horrible condition of the workers injured seriously in major industrial accidents. There are many more whose cases have not come to light but are in a much worse condition than Zhang.