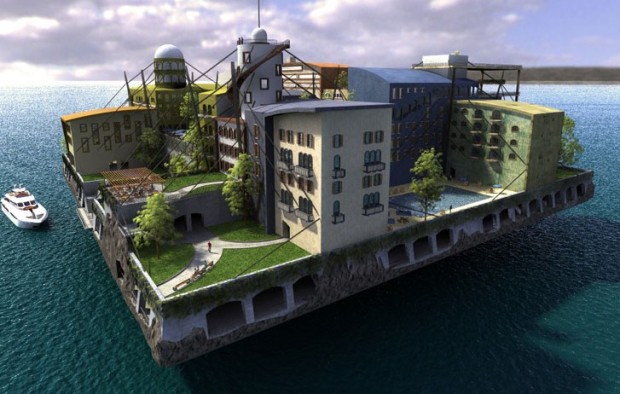 The venture capitalist with the knack of identifying and investing in “the next big thing”, the founder of PayPal and the guy who helped Facebook expand beyond Harvard, Peter Thiel, has announced his latest investment: a $1.25 million funding to the Seasteading Institute towards developing what would essentially be floating sovereign nations.

Imagining these start-up countries to be built on oil-rig-like platforms in international waters, Thiel’s vision for these floating nations based on Libertarian ideals is for them to be free from the laws of any particular country.

With the idealistic vision of offering people “the freedom to choose the government they want instead of being stuck with the government they get”, the Seasteading Institute’s rationale behind developing these start-up countries is to provide humanity better ways to live together in a way that allows the inhabitants to unlock their full potential.

Founded in 2008 by Patri Friedman, grandson of economist Milton Friedman, architectural plans for these start-up countries that constitute Thiel’s latest investment sector envisage them as being movable, diesel-powered, 12,000-ton structures with room for 270 residents.

Friedman envisages that eventually hundreds of these libertarian city-states could be linked together, starting with his plans of launching a series of offices off the San Francisco coast next year. According to Friedman, full-time settlements would follow in about seven years.

According to an interview that Friedman gave to Details, the ultimate goal here is to “open a frontier for experimenting with new ideas for government.”

So what sets this utopian dream apart from the dozens that have been dreamt up and tossed aside before ?

According to Thiel and Friedman, entrepreneurial zeal. 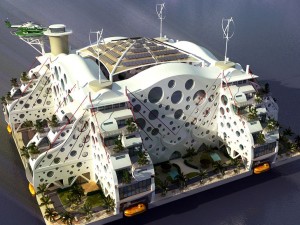 One potential business model for the floating city-states to be based on is what Friedman refers to as Appletopia.

This model imagines a corporation, such as Apple, to start up a country like a business. “The more desirable the country, the more valuable the real estate,” Friedman elaborates.

With a clear penchant for the audacious and the outlandish, Thiel has, over time, invested in ideas and companies across a number of sectors.

Having risen to fame for having co-founded PayPal in 1998, and then a great deal more for his half a million dollar loan to Facebook that was instrumental in publicly launching the world’s biggest social network company, Thiel, alongwith other prominent venture capitalists, runs the venture capital firm,  Founders Fund.

With a few conventional investments like Hollywood movies, some of Thiel’s more experimental and idealistic, yet extremely profitable, investments include SpaceX, a space-transport company, and Halcyon Molecular, which aspires to use DNA sequencing to extend human life.

Investing in Seasteading’s floating sovereign nations however, is probably Thiel’s most experimental venture. And he remains committed to the idea despite many planning and development experts having scoffed at the ridiculousness of starting up entire countries, saying in a media statement, “there are quite a lot of people who think it’s not possible. That’s a good thing. We don’t need to really worry about those people very much, because since they don’t think it’s possible they won’t take us very seriously. And they will not actually try to stop us until it’s too late.”

Warren Buffett Occidental stake sojourn started in February 2022 after he listened to an analyst’s presentation on the company. He soon started buying up Occidental stock warrant
5 hours ago