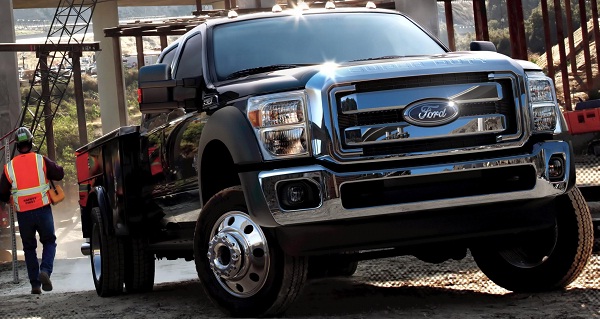 Ford Motor Co. is to give Australian production the brush-off as it has informed that it would stop manufacturing cars in the world’s twelve largest economy. Everything has its end. And now there is the end of the 85-year-old Ford’s production in Australia which will be stopped by 2016. The decision of Ford Motor Co. is undeniably shocking for Australia which has been recently struggling due to the strength of its currency.

On the 23rd of May, Ford Motor Co. informed that it decided to shut down its facilities located in Geelong and Broadmeadows, giving Australian production the brush-off. Disturbing information, which was delivered by Ford Australia CEO Bob Graziano, means that about 1,200 workers will have to say farewell to their positions by 2016.

While announcing the shutdown of Australian production, Ford Motor Co. underlined that it recorded losses of staggering US$580 million in the last couple of years. The fact is that also the strength of the Australian dollar had a very substantial impact on the decision to end production as the strong currency has significantly reduced exports and boosted imports.

Information that Ford Motor Co. will end its Australian production might be even more surprising as it came only one day after the US carmaker announced that it would boost its production in the US through reduction of the so-called “summer shutdown.” Interestingly, it was underlined that the iconic Ford Motor Co. would not eliminate either its dealerships located in Australia or its product development center.

Australia has been facing strong headwinds and the Ford’s decision to end Australian production is one of the signs showing all the problems of the world’s twelve economy. The strong currency makes Austria less competitive and more costly, boosting the possibility of experiencing a new wave of unemployment. Politicians believe that manufacturing, construction and retail segments would strengthen, but everything indicates that these expectations are just simply empty hopes.

Truth be told, the Ford’s decision to end Australian production is one of the latest blows in a string of hits experienced by the Australia’s car industry. But the fact is that this decision will also substantially impact the whole manufacturing sector as well as other ones which have been indirectly connected to Ford’s manufacturing operations in Australia.

Even though the Australian government did actively car industry, the companies have been facing mounting problems. But it seems that the government will continue its support despite the fact that the Ford’s decision to shut down the two plants located in the state of Victoria should be regarded as a failure of the official assistance.

Anna Domanska
Anna Domanska is an Industry Leaders Magazine author possessing wide-range of knowledge for Business News. She is an avid reader and writer of Business and CEO Magazines and a rigorous follower of Business Leaders.
« Elimination of tax evasion said to be panacea for world’s poverty
P&G to get out of the woods with help of new CEO Lafley »
Leave a Comment
Close