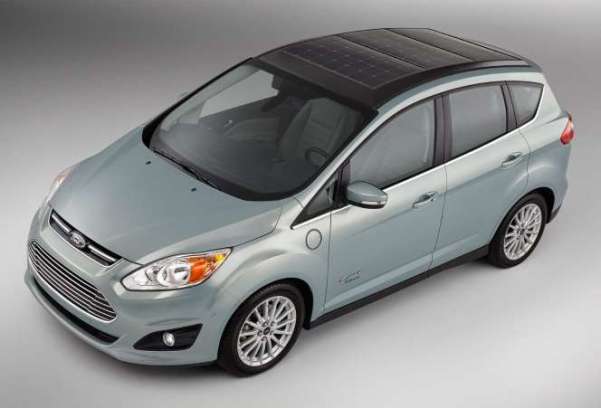 Ford has unveiled its plans for a new prototype solar-powered hybrid car.  The Ford C-Max solar Energi Concept features a vehicle solar panel system on the roof and a solar concentrator lens that tracks the sun’s position. The firm said it can draw power equivalent to a for-hour battery charge. Fully charged, the vehicle will be able to travel up to 21 miles powered only on electricity. The sample car will be exhibited at the Consumer Electronics Show (CES) in Las Vegas, before testing begins to evaluate if production is viable.

Even though it is a big step to have a car which moves for some miles by only using solar energy, there still is a long way to go before an automobile can depend only on sun light. The limited capability for the vehicle solar panel system represents a huge challenge and it is more likely that some years may pass before this type of energy is used as a main power source. Meanwhile, the solar-powered hybrid car relays on a solar panel roof which uses a separate off-vehicle solar concentrator lens, comparable to a magnifying glass, to guarantee it absorbs enough energy. The Fresnal lens will track the movement of the sun from east to west and then direct sunlight to the vehicle solar panel system cells which will boost the impact of sunlight by a factor of eight.

Ford guarantees that a day’s worth of sunlight will generate the same performance from the Solar Energi Concept as if provided by their conventional plug-in hybrid car. Both vehicles would have equal range of 620 miles.

The solar-powered hybrid car was the result of a collaboration between Ford, SunPower Corp, and the Georgia Institute of Technology. This car will still need to have a conventional electrical charging socket so that its charge can be topped up from the power grid. Research from the firm hints that in future the sun could power up to 75 percent of all journeys made by an average user in a solar hybrid vehicle. “What Ford has done here is clever use of solar technology, as it assists battery charging. Solar power could be used to run auxiliaries, such as air-conditioning, but the limited capability for solar panels means that we won’t see them used as the main power source anytime soon,” Damion Smy form Car Magazine explained.

Audi is another car company reported to be revealing new technology at the CES. They will be promoting cars which use the Android operating system, that is commonly found on tablets and smartphones, at the event on January 7th.