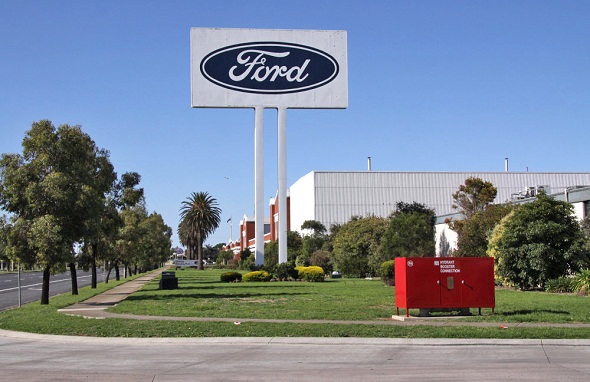 Some of the hourly workers will be transferred to other facilities to cover summer holidays and all will have the first right to new jobs at the company in the future.

Ford Motor Co. revealed on Thursday it plans to lay off 700 workers at its small-car assembly plant in the Detroit suburb of Wayne, Michigan, due to slow sales of the small cars, hybrids and electric vehicles.

Low gasoline prices have hit the sales of the plant, which manufactures small cars and hybrids. Ford officials said people are not buying what the plant is producing.

The facility manufactures the Focus and C-Max, whose sales have declined to a combined 22 percent this year after falling 15 percent last year. The layoff include 673 assembly line workers, all earning an entry-level wages of about $17 to $19 an hour and 27 salaried employees, according to a notice filed with the State of Michigan.

Some of the hourly workers will be transferred to other facilities to cover summer holidays and all will have the first right to new jobs at the company in the future. Meanwhile the company has decided to compensate workers with 13 to 26 weeks of supplemental pay depending on their seniority, bringing their income during that particular period to almost 74 percent of their present wages when combined with state unemployment benefits.

The first 200 employees will be laid off in June, 200 more in late July and the remainder at the end of September, Ford spokeswoman Kristina Adamski said.

Though the job cuts are unfortunate, they were not completely unexpected, UAW Vice President Jimmy Settles said in a statement. He further stated that the industry is cyclical and uncertain to market conditions and through package bargaining, they have been able to broker provisions throughout the years that allow protections for the workers adversely affected by production reductions.

As per a listing posted online this month by the UAW’s Ford department, Michigan assembly plant has around 935 entry-level workers, all of whom were hired between January 2012 and July 2013.

It’s for the first time since 2009 that Ford has laid off workers at a U.S. plant. Since recession, car manufacturers have been in growth mode. In the last four years, Ford has hired nearly 15,000 hourly workers in the U.S. plants.

The news of the layoffs by Ford comes less than a week after the company disclosed plans to invest $2.5 billion to expand a number of power train plants in Mexico, creating nearly 3,800 jobs in that country.