Ford to close its UK factory 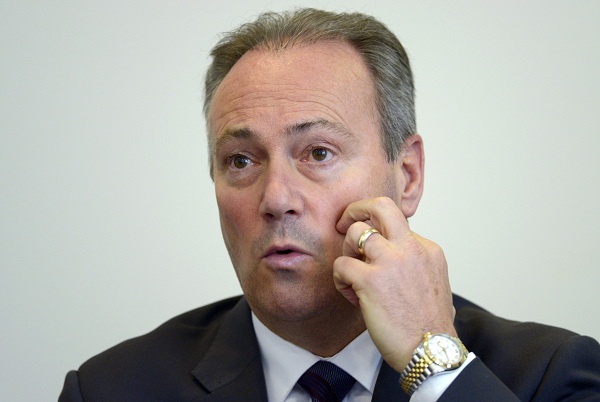 Recently Ford Motor Co. has been struggling with the European market because of decreasing demand for its car models as well as the overall drop in car sales on the Old Continent due to the ongoing debt crisis. Ford Motor Co., the Detroit-based carmaker, expects to lose about $1 billion in 2012 in Europe. According to analysts’ estimates, the American carmaker has more factory capacity than it needs.

The closure of the UK factory will result in 530 British job cuts. American carmaker employs about 11,400 workers at its UK plants. Ford Motor Co.’s remaining plants in the United Kingdom will continue producing engines and other parts. The Ford’s factory located in Southampton, England, which is to be closed, is its last car manufacturing site in the United Kingdom. This factory specializes in the production of chassis cabs for the Transit. According to sources familiar with the matter, the closure of the UK factory will take place as early as next year.

Certainly the closure of the UK factory is part of the restructuring plans of Ford Motor Co. However the closure will end over 100 years of car production by the American carmaker in the United Kingdom. The UK factory, which is to be closed, has built approximately 6 million Ford Transit vans in almost 50 years.

The emergency meeting at Ford Motor Co.’s national headquarters in Basildon was scheduled to start at 0900 GMT. According to one source, the company would announce its plans to produce new diesel engines at Dagenham plant.

On the 24th of October Ford Motor Co. informed that it would shut down a Belgian factory which employs approximately 4,000 workers. But American carmaker’s plans will also result in approximately 5,000 job cuts among subcontractors as well. The closure of its Belgian factory will take place by the end of 2014. The production will be shifted to Valencia, Spain. Adam Jonas, an analyst with Morgan Stanley, believes that the closure of Belgian plant will save Ford Motor Co. about $300 million a year.

The announcement of the closure of the Belgian factory was the third time in 2012 when Ford Motor Co. informed about closing a plant in Europe. Europe is struggling with the debt crisis, spending cuts as well as high unemployment. Figures showed that demand for new cars in Europe decreased significantly. In addition, data released by European Automobile Manufacturers’ Association showed that sales in Europe fell approximately 10.8 percent in September on a year-by-year basis. Ford Motor Co. saw a decrease of roughly 14.9 percent.

According to Ford Motor Co.’s forecast, the company will lose approximately $1 billion in 2012. Stephen Odell, chief executive officer at Ford Europe, noted: “The proposed restructuring of our European manufacturing operations is a fundamental part of our plan to strengthen Ford’s business in Europe.”

Citizens Financial Group, Inc. and Investors Bancorp announced today that they have entered into a definitive agreement and plan of merger in a cash-and-stock deal worth $3.5 billi
19 mins ago

Apple Q3 earnings prove the Cupertino giant remains unaffected by the Covid-19 pandemic as sales rise across all product lines.
2 hours ago