Ford to add 2.200 salaried jobs in US as demand for new cars increases 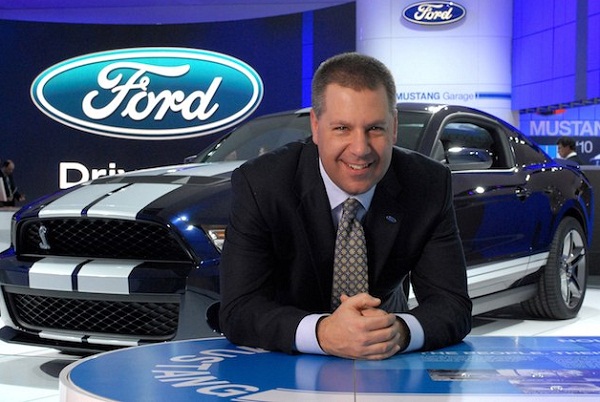 Joe Hinrichs, President of The Americas at Ford Motor Co.

In a statement released on the 11th of January, Ford Motor Co. informed that it would create 2,200 salaried jobs in 2013. The largest increase in white-collar workers in over a one decade was driven by growing demand for new vehicles in the US. The US carmaker wants its new workers to support the operations of the company as it expands and redesigns its vehicles. Certainly, the plan to hire as many as 2,200 white-collar workers shows the strength of the latest upward trend in the US market.

The hiring plan of Ford Motor Co. follows the last year’s addition of over 8,000 hourly and salaried positions as the Michigan-based carmaker wants to expand its activities. As the US saw car sales grow approximately 13 percent to roughly 14.5 million in 2012, the company decided to employ additional workers to achieve its new goals. Furthermore, the newest hiring plan of Ford Motor Co. is the largest increase in its highly qualified employees in about 12 years.

According to the statement, Ford Motor Co. would employ more than three quarters of salaried workers in product development, manufacturing and information technology divisions. Joe Hinrichs, Executive Vice President and President of The Americas at Ford Motor Co.,  underlined the significance of creating jobs in these segments, stating: “We need more people in critical areas — such as in a range of engineering activities, vehicle production, computer software and other IT functions — to ensure we deliver the vehicles people want and value.”

As Ford Motor Co. is trying to expand its operations, it needs more highly qualified employees. For 2013 the US carmaker has already planned the release of  several models, namely, the Fiesta St, Transit vans and Lincoln MKZ. In addition, the US second carmaker also plans to revamp a number of vehicles, including the Mustang, F-series pickup, Edge and Lincoln MKX , in the next few years. The new and redesigned models are not only US-oriented; the company wants to introduce them worldwide. For example, Ford Motor Co. plans to sell 15 vehicle models in China as it wants to be more popular in the world’s biggest car market; these days the company sells modest 5 models there. But the company has not even forgotten about its European market as it also plans to release 15 new or revamped models in the next five years.

Due to the fact that the US car market is getting stronger as the 2012 car sales results which were the best in almost five years, Ford Motor Co. and other carmakers want to go with a flow and take advantage of the upward trend. Analysts underline that the increase in the U.S. market raised hopes and gave carmakers, including Ford Motor Co., more latitude to invest in their operations.

But the US second carmaker is not the only company which is planning to benefit from the aforementioned upward trend. Honda Motor Co., one of the Japan’s largest carmakers, intends to employ 50 new workers in Ohio as soon as it starts producing the Accord Hybrid. Also Nissan Motor Co. informed that it would employ approximately 400 workers by the end of 2014 as it plans to produce Murano in Mississippi.