Ford has announced today that it will be the first automobile company to test new techniques of 3-D printing for building car parts. This printer can build car parts of any shape and size. Ford has said that this experiment with ‘Stratasys Infinite Build’ 3-D printer will help the company to make car parts which will be cost-effective and light-weight compared to their metal counterparts. This room-sized 3-D printer is currently at Ford’s Dearborn Research and Innovation Center, in Michigan. As of now, Ford plans to use the printer on vehicles that are low-volume.

3-D printing by Ford – A New Progress in Automobile Industry 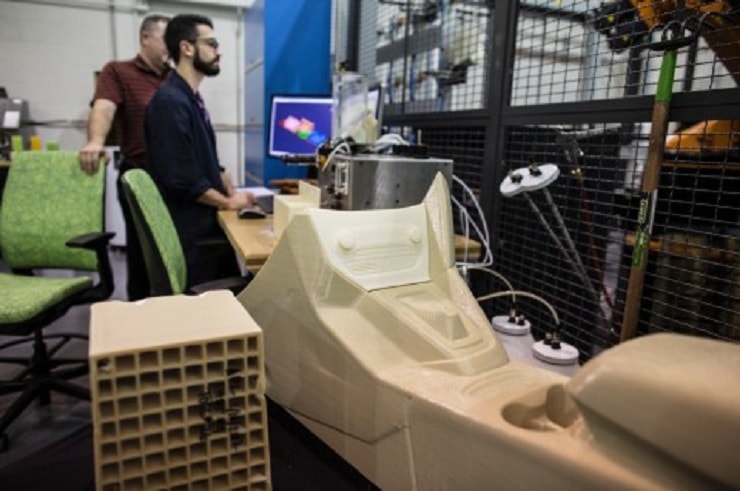 In a News Release, Ford stated that the use of a 3-D printer which is capable of manufacturing parts of unlimited shapes and sizes can be a breakthrough for vehicle manufacturing. Out of the two new industrial machines announced in the last fall, Ford has started testing the Stratasys Infinite Build 3-D printer. This printer also uses materials like carbon fiber to build objects that are strong yet light in weight.

Reports suggest that a 3-D printed part could weigh less than half the weight of its metal counterpart. The automaker also stated that the increasingly affordable and efficient 3-D printing can benefit the company and its customers, both. The 3-D printing technology can provide a cost-effective way to produce prototype parts, tools or components at low volumes like personalized car parts or Ford Performance vehicles.

The Stratasys Infinite Build 3-D printer was initially designed to tether to the requirements of automotive and aerospace industries. It was designed with the ability to build various parts with the help of mechanical properties. In the aerospace industry, Boeing is testing the printer for the production of low-volume and light-weight parts of its industry.

The printer notably uses a horizontal build platform in place of the traditional vertical platform for creating printed objects. On a positive note, using a horizontal platform the 3-D printer can build objects sideways. Ford’s technical leader, Ellen Lee stated that this system gives them the capacity to make much larger parts and also gain much lighter assembly. 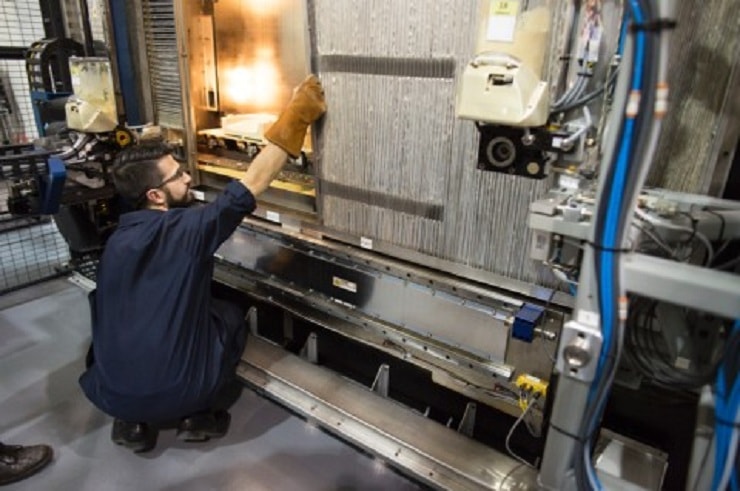 Noticeably, the parts that are lighter in weight can also help in improving the fuel efficiency. This makes the production cost-effective along with being the efficient option. The 3-D printer takes a digital design and prints one layer of plastic at a time. As the printing time depends on the size of the part, some objects could take days to get printed. Hence, it can be said that 3-D printing is not a fast method to opt for high-volume manufacturing. But its role in the production of low-volume and personalized components can become significant.

3-D printing in Pilot Base by Ford

The concept and testing of 3-D printing automobile parts are still in a pilot base by the Michigan automaker company. But if things go well in the positive direction, Ford could bring a major change in its car manufacturing systems.

Christy Gren
Christy Gren is an Industry Specialist Reporter at Industry Leaders Magazine she enjoys writing about Unicorns, Silicon Valley, Startups, Business Leaders and Innovators. Her articles provide an insight about the Power Players in the field of Technology, Auto, Manufacturing, and F&B.
« Uber Secret Program accused of Deceiving Law Enforcement Officers
Get a Dose of the Luxury Electric Car Experience with the Bentley EXP12 »
Leave a Comment
Close